Across The Universe Podcast 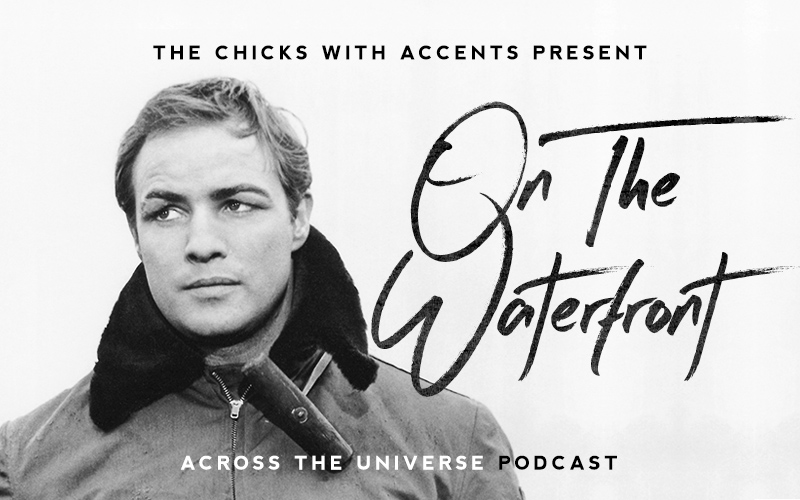 It’s been a while since I shared our podcast here, but I think I’ll be doing it for everyone new episode from now on! I figured it’s one more type of content that I can provide for you, and that’s always a good thing. In this episode we talk about On The Waterfront, since that was the movie you most voted for on our poll – thanks to everyone who voted!

In case you’re not familiar with it, Elia Kazan’s classic from 1954 is about former prize fighter Terry Malloy (Marlon Brando), now working as a longshoreman for a corrupt union boss. It deals with the longshoremen’s struggles and also has a bit of romance going on (Eva Marie Saint) to aid with Terry’s character development (there’s a connection between their relationship and the union, but I’ll let you find that out yourself), since he’s ultimately the main focus here.

In the episode we each share our thoughts on the movie (and we didn’t all agree!), from Elia Kazan’s direction to Marlon Brando’s acting and the movie’s historical context, which is quite colourful. We also talk a bit about Kazan’s and Brando’s other movies and, as always, we have our Interesting Movie of the Fortnight feature, where each of us share a random movie we’ve seen since our last recording.

So go and give it a listen – we’d love to hear your feedback and thoughts on the movies we shared, On The Waterfront, Kazan, Brando, Saint… everything!

Featured Songs
Waterfront, by Simple Minds
Across the Universe, by In December

You can find all our episodes on iTunes (just search for Across the Universe Podcast), or listen to them straight from our blog.

We’ve been having some technical difficulties lately, so there’s a bit of an echo in the recording! We’re very sorry and are trying to fix this as soon as possible.

10 New Releases to Read in May!