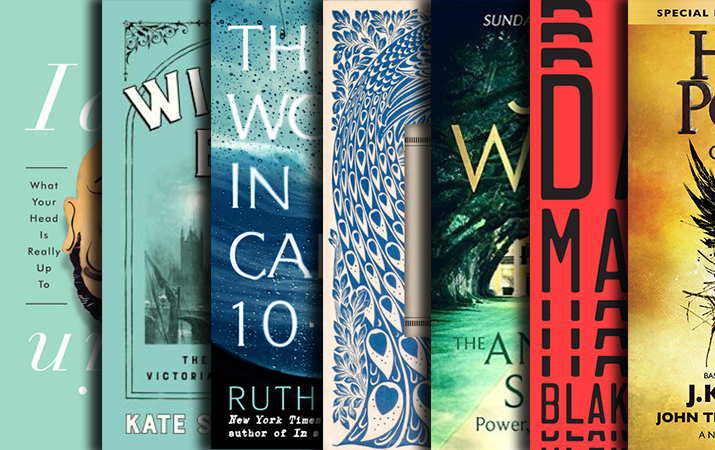 For anyone who loves to know all about new book releases but doesn’t know where to look for them, Goodreads is the place. Specifically, the monthly new releases lists that showcase the most popular 200 books on the website that were published on a giving month. Yes, you’ll have to go through dozens of romances that sound really bad, but hey, some of them are actually quite nice, don’t be such a snob. Note to self.

You can also check out new releases by author’s you’ve read and by genre. Anyway, if these posts appeal to you I’ll start publishing them at the start of every month!

Other novels readers are pretty excited about: The Muse by Jessie Burton, The Last One by Alexandra Oliva, The Hopefuls by Jennifer Close, Underground Airlines by Ben H. Winters , The Sister by Lousie Jensen.

The Wicked Boy, by Kate Summerscale
Non-Fiction, True Crime
In the summer of 1895, Robert Coombes (age 13) and his brother Nattie (age 12) were seen spending lavishly around the docklands of East London — for ten days in July, they ate out at coffee houses and took trips to the seaside and the theatre. The boys told neighbours they had been left home alone while their mother visited family in Liverpool, but their aunt was suspicious.

When she eventually she forced the brothers to open the house to her, she found the badly decomposed body of their mother in a bedroom upstairs.

Inspired by the true story of his own great-aunt, Watson explores the life of Miss Jane Chisolm, born in rural, early-twentieth-century Mississippi with a genital birth defect that would stand in the way of the central “uses” for a woman in that time and place — namely, sex and marriage.

The Woman in Cabin 10, by Ruth Ware
Mystery, Thriller
Lo Blacklock, a journalist who writes for a travel magazine, has just been given the assignment of a lifetime: a week on a luxury cruise with only a handful of cabins. The sky is clear, the waters calm, and the veneered, select guests jovial as the exclusive cruise ship, the Aurora, begins her voyage in the picturesque North Sea. At first, Lo’s stay is nothing but pleasant: the cabins are plush, the dinner parties are sparkling, and the guests are elegant.

But as the week wears on, frigid winds whip the deck, gray skies fall, and Lo witnesses what she can only describe as a dark and terrifying nightmare: a woman being thrown overboard. The problem? All passengers remain accounted for — and so, the ship sails on as if nothing has happened, despite Lo’s desperate attempts to convey that something (or someone) has gone terribly, terribly wrong…

DARK MATTER, by Blake Couch
Science Fiction, Thriller
“Are you happy with your life?” Those are the last words Jason Dessen hears before the masked abductor knocks him unconscious. Before he awakens to find himself strapped to a gurney, surrounded by strangers in hazmat suits. Before a man Jason’s never met smiles down at him and says, “Welcome back, my friend.”

In this world he’s woken up to, Jason’s life is not the one he knows. His wife is not his wife. His son was never born. And Jason is not an ordinary college physics professor but a celebrated genius who has achieved something remarkable–something impossible.

The Angels’ Share, by J.R. Ward
Romance, Adult Fiction
#1 New York Times bestselling author J. R. Ward delivers the second novel in her Bourbon Kings series — a sweeping saga of a Southern dynasty struggling to maintain a façade of privilege and prosperity, while secrets and indiscretions threaten its very foundation…

The synopsis for this one was huge, but basically it’s like a telenovela in book format: LOTS of things happen, many of them are clichéd yeah, but still quite entertaining, in my opinion. Here’s the link to the first novel.

Idiot Brain: What Your Head Is Really Up To, by Dean Burnett
Non-Fiction, Neuroscience
In Idiot Brain, Dr. Dean Burnett celebrates blind spots, blackouts, insomnia, and all the other downright laughable things our minds do to us, while also exposing the many mistakes we’ve made in our quest to understand how our brains actually work. This is the best kind of popular science — lucid, funny, and whip-smart — from a debut author who will be tickling funny bones and firing neurons for a long time to come. 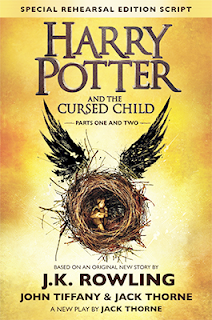 Harry Potter and the Cursed Child, by J.K. Rowling, J. Thorne and J. Tiffany
Fantasy, YA
It was always difficult being Harry Potter and it isn’t much easier now that he is an overworked employee of the Ministry of Magic, a husband, and father of three school-age children.

While Harry grapples with a past that refuses to stay where it belongs, his youngest son Albus must struggle with the weight of a family legacy he never wanted. As past and present fuse ominously, both father and son learn the uncomfortable truth: sometimes darkness comes from unexpected places.

Expected publication: July 31st
Goodreads
So obviously, HP is the exception to the no YA/Fantasy rule. Are you excited about any of these books, too? What others would you recommend?

Previous Article
Across The Universe Podcast