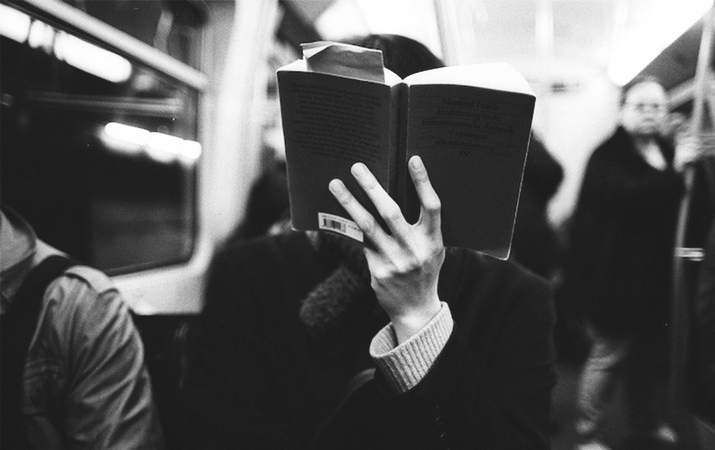 For some time now this blog has been as much about movies as it’s been about books, and seeing your positive response to this subject makes me want to dive in it a little further. So, since upcoming books are always exciting (by the way, expect a similar list for films and adaptations soon!), I’ve made a little list of the 2015 novels I will do my best to read this year. From eerie thrillers to dystopian novels, swooping romances and tales of solitude, there’s a book for everyone this year.

Some of the books that I’m especially excited for include The Girl on a Train, The Unfortunate Importance of Beauty, The Unloved, Hausfrau, and Our Souls at Night – the rest of them come after the break!

all synopsis are taken from goodreads. to know more about each book simply follow the provided links!

Almost Famous Women, by Megan Mayhew Bergman  | January 6th 2015 by Scribner
From “a top-notch emerging writer with a crisp and often poetic voice and wily, intelligent humor” (The Boston Globe): a collection of stories that explores the lives of talented, gutsy women throughout history.

The stories in Thomas Pierce’s Hall of Small Mammals take place at the confluence of the commonplace and the cosmic, the intimate and the infinite. A fossil-hunter, a comedian, a hot- air balloon pilot, parents and children, believers and nonbelievers, the people in these stories are struggling to understand the absurdity and the magnitude of what it means to exist in a family, to exist in the world.

The Girl on the Train, by Paula Hawkins  | January 13th 2015 by Riverhead Books
A debut psychological thriller that will forever change the way you look at other people’s lives. A compulsively readable, emotionally immersive, Hitchcockian thriller that draws comparisons to Gone Girl, The Silent Wife, or Before I Go to Sleep.

There’s Something I Want You to Do, by Charles Baxter  | February 3rd 2015 by Pantheon
Each story has at its center a request or a demand, but each one plays out differently: in a hit-and-run, an assault or murder, a rescue, a startling love affair, or, of all things, a gesture of kindness and charity. Altogether incomparably crafted, consistently surprising, remarkably beautiful stories.

A History of Loneliness, by John Boyne  | February 3rd 2015 by Farrar, Straus and Giroux
The riveting narrative of an honorable Irish priest who finds the church collapsing around him at a pivotal moment in its history.

The Unfortunate Importance of Beauty, by Amanda Filipacchi  | February 16th 2015 by W. W. Norton & Company
At the center are Barb and Lily, two women at opposite ends of the beauty spectrum, but with the same problem: each fears she will never find a love that can overcome her looks. A magical and comedic take on modern love, the power of friendship, and the allure of disguise.

The Half Brother, by Holly LeCraw  | February 17th 2015 by Doubleday

A passionate, provocative story of  complex family bonds and the search for identity set within the ivy-covered walls of a New England boarding school.

A Reunion of Ghosts, by Judith Claire Mitchell  | March 1st 2015 by Doubleday
A compulsively readable literary masterpiece, A Reunion of Ghosts is the shared confessional of three sisters who have decided to kill themselves at the end of the 20th century, honoring the dark legacy that has haunted their extraordinary family for decades.

Decoy: A Novella, by Allan Gurganus  | March 2nd 2015 by Liveright Publishing Corporation
Like Kazuo Ishiguro’s The Remains of the Day it is a haunting lyrical portrayal of a life half-led. Set in mythical Falls, North Carolina, this mysterious and compelling tale maps the lifelong eroticized friendship between two married men.

The Buried Giant begins as a couple set off across a troubled land of mist and rain in the hope of finding a son they have not seen in years. Sometimes savage, often intensely moving, Kazuo Ishiguro’s first novel in nearly a decade is about lost memories, love, revenge, and war.
The Unloved: A Novel, by Deborah Levy  | March 3rd 2015 by Bloomsbury USA
A group of hedonistic tourists gathers to celebrate the holidays in a remote French chateau. Then a woman is brutally murdered, and the sad, eerie child Tatiana declares she knows who did it. The subsequent inquiry into the death, however, proves to be more of an investigation into the nature of identity, love, insatiable rage, and sadistic desire.

When four classmates from a small Massachusetts college move to New York to make their way, they’re broke, adrift, and buoyed only by their friendship and ambition.

For readers of Claire Messud and Mary Gaitskill comes a striking debut novel of marriage, fidelity, sex, and morality, featuring a fascinating heroine who struggles to live a life with meaning.

The Animals, by Christian Kiefer  | March 23rd 2015 by Liveright Publishing Corporation
Seemingly rid of his troubled past, Bill hopes to marry the local veterinarian and live a quiet life together, the promise of which is threatened when a childhood friend is released from prison.

So You’ve Been Publicly Shamed, by Jon Ronson  | March 31st 2015 by Riverhead Books

It has become such a big part of our lives it has begun to feel weird and empty when there isn’t anyone to be furious about. A radically empathetic book about public shaming, and about shaming as a form of social control.

The Dream Lover: A Novel of George Sand, by Elizabeth Berg  | April 7th 2015 by Random House
A passionate and powerful novel based on the scandalous life of the French novelist George Sand, her famous lovers, untraditional Parisian lifestyle, and bestselling novels in Paris during the 1830s and 40s.

May 2015
The Life and Death of Sophie Stark, by Anna North  | May 19th 2015 by Blue Rider Press
Told in a chorus of voices belonging to those who knew her best, The Life and Death of Sophie Stark is an intimate portrait of an elusive woman whose monumental talent and relentless pursuit of truth reveal the cost of producing great art, both for the artist and for the people around her.

A spare yet eloquent, bittersweet yet inspiring story of a man and a woman who, in advanced age, come together to wrestle with the events of their lives and their hopes for the imminent future.
June 2015
The Household Spirit: A Novel, by Tod Wodicka  | June 9th 2015 by Pantheon
A poignant, big-hearted, and often humorous novel about two very unique individuals unceremoniously thrown together, The Household Spirit is a story about how little we know the people we see every day – and of the unexpected capabilities of the human heart.
July 2015

Go Set a Watchman, by Harper Lee  | July 14th 2015 by Harper
The book is set during the mid-1950s, some 20 years after the events of To Kill a Mockingbird. Scout (Jean Louise Finch) has returned to Maycomb from New York to visit her father Atticus and is forced to grapple with issues both personal and political as she tries to understand both her father’s attitude toward society, and her own feelings about the place where she was born and spent her childhood.