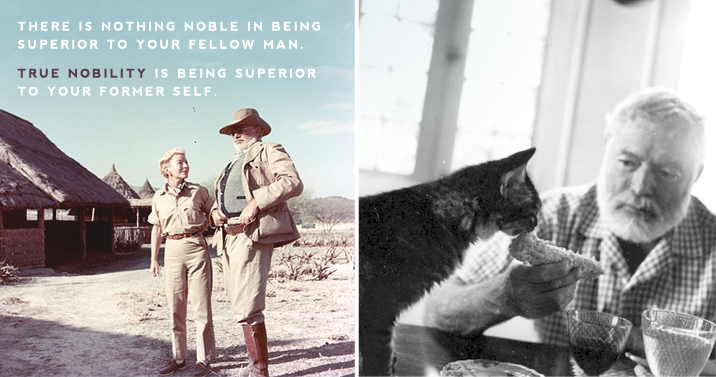 In the graphic above is one my absolute favourite quotes from him; a way of living that has always been a part of who I am. Below are a couple pictures of Hemingway with two great actresses from the classic era of hollywood,  Lauren Bacall (left) and Ingrid Bergman (right), who also starred in movies inspired by his novels. 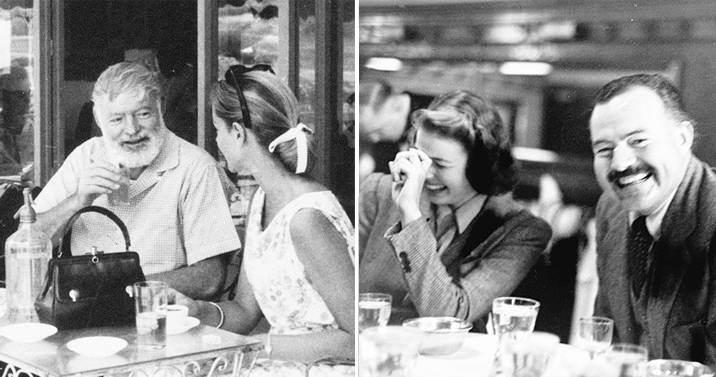