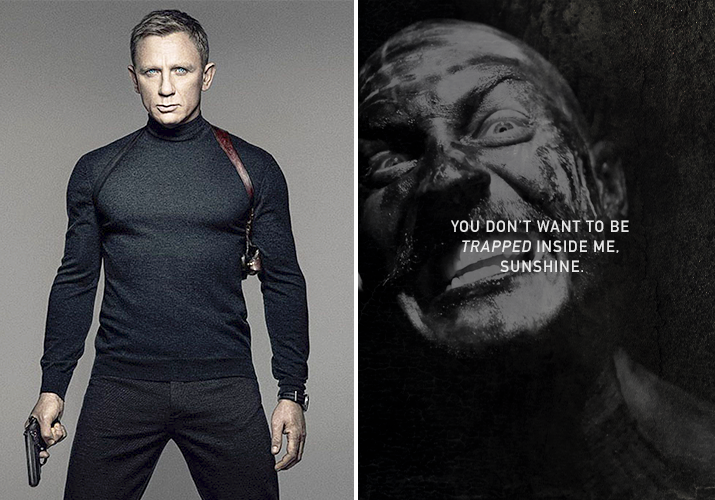 Last Sunday’s The Good Wife focused on Howard’s feud with Cary and, needless to say, the ageism jokes were a treat. I knew the post title would be cringeworthy for some but, after a torrent of puns, that little word play with Plácido Domingo’s name killed me with laughter. Best of all was how the show had us torn between feeling sorry for Howard and suspecting he was making it all up. Oh, fun fact! Sunday in Portuguese is Domingo.

Also funny was Bronson, Nicolas Winding Refn’s 2008 movie, starring Tom Hardy as Britain’s most violent prisoner. From the poster I always thought it was about a boxer. It kinda is. It has a Clockwork Orange vibe to it – violent, eccentric, theatrical – so if that sounds good to you be sure to check it out. Refn’s next project, The Neon Demon, will star Keanu Reeves and is set to premiere next year. 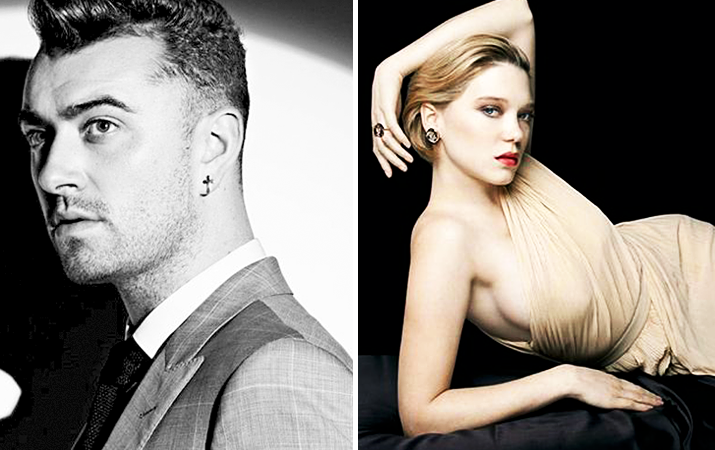 Meanwhile, SPECTRE premiered on Thursday (can you believe it’s been three years since Skyfall??), and naturally my whole family was there to see it. I want to review it, but you know when you haven’t done something in a long time and then it’s hard to get back to it? That’s me and movie reviews right now. It feels like a chore, and I don’t like those.

Anyway, I’ve already slapped myself twice since watching it.

First time was right when the opening credits started rolling, and I realized just how good Sam Smith’s song is. I thought it was too whiny when I first heard it, but turns out it makes perfect sense. In fact, I wish the movie was more like the song.

Oh when Vesper’s drowning came up I lost it. Am I the only one who secretly wished she’d reappear like “I didn’t die, they made me do it!!”. I mean, that song has to be about her. In my mind. I’m still not okay with it.

Second time was when I googled Léa Seydoux, just now. See, throughout the whole movie I was a bit uncomfortable because she was too young to be a Bond girl! Well as it happens, she’s 30. That’s four years older than Eva Green was when she played Vesper. In my defense, Seydoux looks really young. So again, idiot. With a newfound crush, ah. 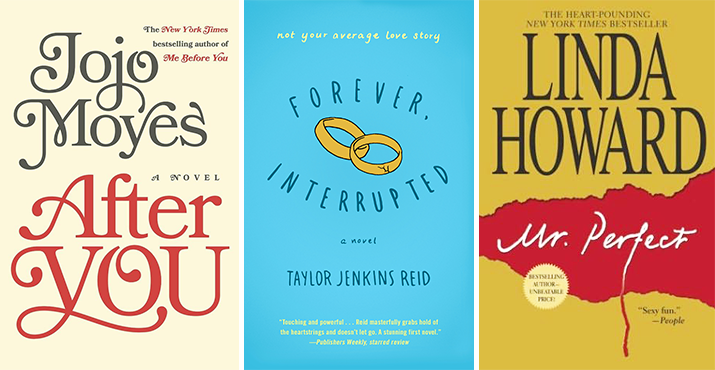 Are you in the mood for a bit of book talk? ‘Cause I’ve been on a roll of weepy and funny romances. It all started with Jojo Moye’s After You, the sequel to Me Before You. It didn’t take much to turn me into a sobbing mess. Just the mention of Will’s name, actually. It’s a good contemporary novel, and it reminded me of how much I enjoy Moyer’s writing.

Her novels are always moving, funny and relatable. Their truth hit me especially when Louisa saw a father hug and kiss his grown-up son. Coincidentally, I had just witnessed the very same thing a few hours before. I’ve seen my father do it countless times, but watching my neighbor do it to his son was different; it was just like Moyes described it. I know, it’s such a tiny little thing, but hey, inside, I’m a really sensitive person.

And so I went ahead and picked up two more books from her: The One Plus One, and The Last Letter From Your Lover. I’m thinking The Girl You Left Behind will be next. Keeping up with favorite contemporary writers, I read Taylor Jenkins Reid’s Forever, Interrupted – another novel that kills you in its first few pages. It is soul crushing. Really, why do I torture myself?

Now I figured I needed a break from drama, so I chose Linda Howard’s Mr. Perfect, one of the most popular books from a genre I’ve grown to love this year: romantic suspense. I eat up romances, and I thrive on thrillers, so to mix them together seems like the obvious move, right? I’m almost done with it and so far it’s good. It has some issues, but we’ll see how it ends. And anyway, I’m yet to come across a great romantic suspense novel, so I was half expecting it.

What have you been watching and reading this week?

A Week in the UK, Part I: The Maps, The Apps, and The Mishaps