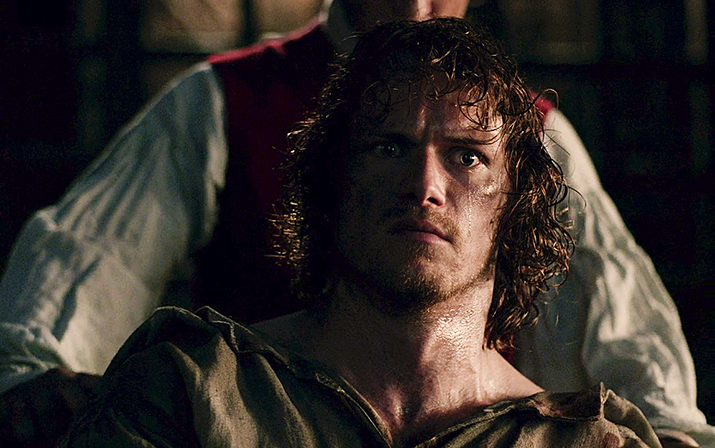 This weekly recap comes some weeks later due to the curse that bears upon every college student: exams. Or is the true curse our inexplicable laziness up until two days before said exams? I wouldn’t know. And if you’re one of those people who rations their study throughout a reasonable period, get out – you don’t know my pain. Also, help me.

But that’s not the pain I came here to speak of. It was the fictional kind of pain, the one suffered by those who don’t even exist. Yet a part of us suffers with them, because we know or can very well imagine how it feels: I’ve never had my hand nailed to a table by an eighteenth century sadist, but I imagine it hurts, a lot; just like I know the man responsible deserves hell for it.

What in Don’s name am I talking about? I’m talking about the other rape scene that rocked our screens two weekends ago; or rather, the prelude to a rape scene, since licking Jamie’s back won’t cut it for old Black Jack.

I’m not getting into the GAME OF THRONES controversy because, like all internet freak outs, it’s already over. But OUTLANDER is still happening, and in some ways the show went much, much further than GoT. I’ll get into the show’s depiction of sexual violence next week, so for now let’s just brace ourselves for the intensity of tonight’s episode. Having read the book and knowing the show tends to go even further… it’s going to be heavy. Hang on, Jamie – the cows are coming! 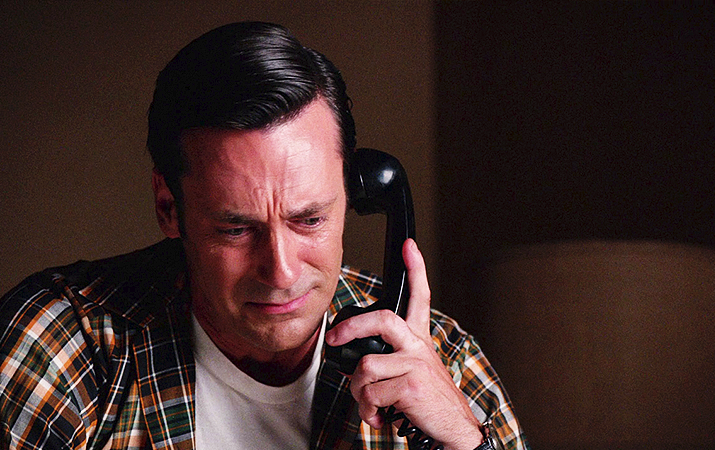 On sadder tv happenings, MAD MEN has ended. I can’t believe it, hold me. I loved the finale – not as an episode, but as a conclusion, if that makes sense. But more on that later: the momentum may be a bit off, but since I couldn’t do it earlier I’ll have the final review up in a few days. As well as some posts in the upcoming weeks, lists and such. It’s too important a show to let it pass without a blog celebration!

On my last recap I said I’d be back with some heavy SONS OF ANARCHY fangirling, and you’re getting it! Sort of. I was on a crazy ride for the first three seasons, went through the whole thing in like two weeks. I was deep into SAMCRO – I felt for these people, really – even mildly freaking out when I actually saw a biker wearing a club vest at the gas station.

But then something about Season 4 didn’t sit well with me – repetitive plot points? Tara’s new bangs? I don’t know. The hype was gone, and so I stopped. But I’ll pick it up again, especially since Jax’s hair and beard style sees major improvements in later seasons. I don’t dig the short hair bad schoolboy thing. This stuff matters, okay?

And finally, the HANNIBAL premiere is so close! Our cannibal crush returns this Thursday, on a bike, wearing a leather jacket, tousled hair… and there’s a dance. I can’t be held responsible for what I’ll write in next week’s post.

What have you been watching lately?
And has anyone seen the new ‘Penny Dreadful’ episodes?