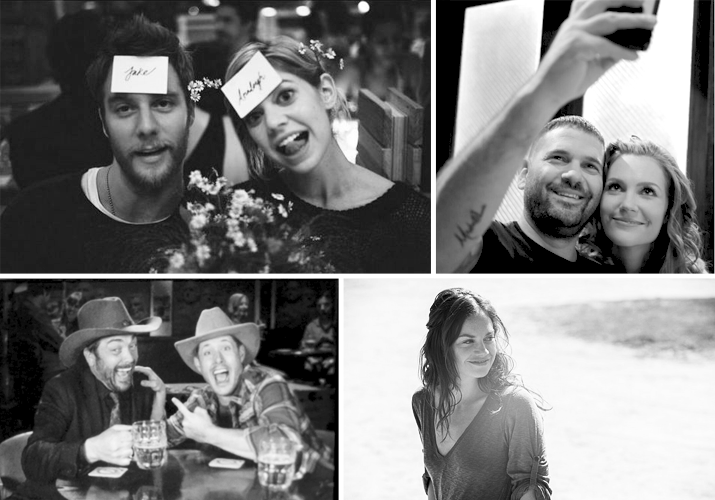 I’ve been annoyingly sick for two weeks now with a damn cold that’s not serious enough to skip college, yet bad enough to prevent me from thinking straight. I spent these past 15 days either sleeping in bed or in class, hence the absence.

Back in September my viewing schedule was crawling with promising new shows and old affairs, from twenty-minute comedy sensations to one hour long experimental dramas. A month later and half of them are gone, for all kinds of reasons. Here’s the gist of it:

A to Z: This is seriously the most adorable show on tv right now, which should be no surprise since it stars two actors with the most adorable faces ever (just look at them): Cristin Milioti and Ben Feldman. The supporting characters aren’t that great [edit: MLS had the same issue, but hopefully A to Z won’t have the same fate], but the concept and leading actors alone make this the show I wait all week for.

Manhattan Love Story: like I said, the supporting characters are an issue (in fact, they’re quite bad), but MLS is still an easy, interesting watch. The inner dialogue is fun and mostly true, the two actors compelling and lovable, and I’m hoping it goes even further with the whole “honest thoughts” narrative. [ edit: just got cancelled, effective immediately. What happens to the unaired episodes? Give them to me! ]

How to Get Away With Murder: Not sure about this one. Viola Davis is amazing, and I’m intrigued by Karla Sousa’s character but, apart from that, very few things pull me in at this point.
the mindy project & BROOKLYN NINE-NINE: Still hilarious.
Supernatural: Deanmon and the King of Hell, bromance of the season. Still entertaining, perfectly balancing comedy, drama, and horror. I’m in it until the end, which is not coming.

scandal: Well, this is reaching new levels of crazy. I’m in it only for Jake and Abby. Everyone else is so tired – yes tired (and not just tiring), like they ran out of energy. I don’t know how long it will last for me. Shonda, come on!
law & order: svu: After all these years, SVU still does it for me. This new season has had some pretty controversial cases, and I’m loving the new detective, Carisi.
once upon a time: My new addiction, such a cute little show. I’m binge watching, currently halfway through the second season. Emma and Hook is gonna happen, right? How long do I have to wait.

the originals & The Vampire Diaries: Both for essentially the same reason: you’re walking around in circles.
Grey’s Anatomy: I meant to stop when Lexie and Sloan died, but I absolutely draw the line at Yang. There’s just nothing left at this point.
Awkward: I should’ve never started it, but I’m okay now.
New Girl: Not even sure what happened, but I lost interest. Didn’t you?
Modern Family [for now]: I still love this show but I need to lighten my schedule – as you can see, I’m currently following nine [edit: eight.] shows! So Modern Family will take the fall simply because I can pick it up whenever I want and happily binge-watch it.

I’ve seen the red band society pilot, and it looks good – saving it for another time.
Considering starting gotham when the days get shorter, and maybe outlander when I get over my premature book DNF.


the best from around the web
Vanessa teaches how we can make classic movies sound cool to modern people.
Sati reviewed Gone Girl, which I thoroughly loved.
Brittani published a post on ‘brilliant acting defined by one look‘ and it’s really good
Mettel recaps The Affair‘s pilot

what shows are you watching this season?

Favourite TV Episode Titles, from A to Z