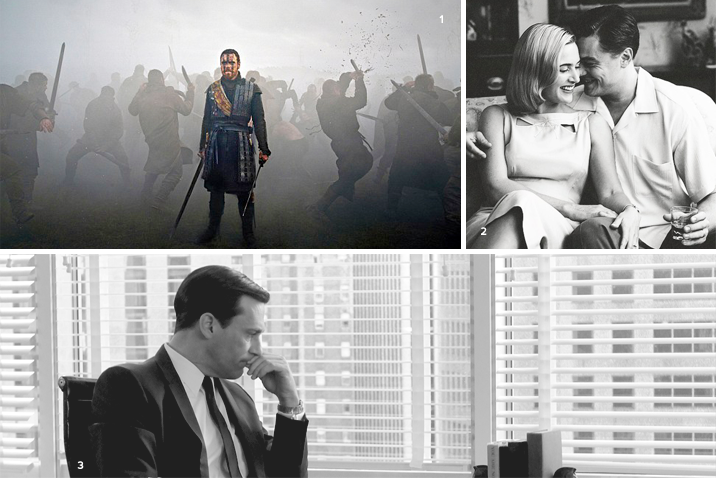 So you probably noticed the missing header and the new sidebar! Here’s how it went down: the background wasn’t working because I screwed up the code, so I needed to get rid of it. Then I figured the header should be full-width because otherwise it looked stupid, but I couldn’t figure out a way to do it; so okay, off goes the header. At this point I’m looking at those awful sidebar titles that I never really liked, and naturally, you gotta have matching footers. Oh, and how swanky are the floating share buttons!? I’m hoping AddThis releases a new version with counters soon.

Another technological happening: I lost ALL my Kindle notes. And I had tons because god knows I highlight the hell out of books. Worse than that, most of them were from Revolutionary Road, and I specifically made them for my post on it. On a positive note, after a few amazon bumps I finally got my hands on Before the Fact. I’m writing down all my notes this time.

To spice things up, me and the girls over at the Across the Universe Podcast added a fun game to our Captain America Special (sidebar). We played Fuck Marry Kill: Superhero Edition, and you’re welcome to join us and the others at our Facebook page to play it too! 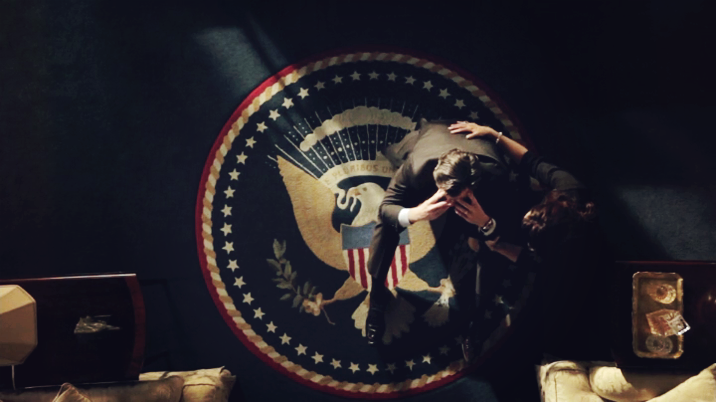 I was somewhat impressed with the Scandal finale; the plot was chaotic — it’s all drama drama shock oh my and then some more drama on top of it — but there was some really powerful imagery. (above)

I started watching The Mindy Project – absolutely loving it so far.

The seventh season of Mad Men premiered, and it was unlike anything I anticipated. Things are looking pretty grim for most of the characters, and the ad agency is an even bigger mess right now. I wrote all about it on Monday.

Hannibal was especially sickening this week – I mean, a guy inside a dead horse? Alive? There’s also a delicious level of danger now, where everyone knows that Hannibal is a murderer, but no one really says it. Except for Will, who seems to enjoy pointing that out as often as he can. What did you think of this moment:

“Oh nothin much, woke up in a horse womb, a dude tried to make me hold a hammer, then I watched two enemies get weirdly sensual.” #Hannibal
— Aaron Abrams (@MrAaronAbrams) April 19, 2014

An even bigger surprise, and the topic of every conversation this week, was The Purple Wedding. I believe the thing that most crossed my mind was oh he did not just say that. So many awkward and hilarious moments in that episode. This gets me every time:

You know what also premiered? If you’re an educated person you probably don’t, but: Awkward! I paired it up with the MTV Movie Awards, it only seemed fitting. The ceremony was… well, the stage was on fire, Conan was shouting weird stuff, Zac Efron was naked, Rihanna was impersonating a lunatic, some band played and everyone had Spring Breakers masks on, at one point Rogen kissed his mother, this girl from the audience wouldn’t stop kissing Efron, and Dave Franco disappointed a lovely girl in a pink dress that also got a golden ticket to kiss him by not actually kissing her, and THEN, Johnny Depp showed up for Best Picture, just because. At least watching the show put a name on half the hunks in this post.

But the weirdest thing was that there were some really grown-up movies nominated. Stuff like 12 Years a Slave and American Hustle. But Hunger Games won everything.

And yet, despite all that craziness, the best moment of the week goes to Jimmy Fallon. The opening monologue for April 10th (Kevin Costner) was hysterical. And you should also check out the Cabaret performance with Alan Cummings.

the best from the web:
– There’s a complete Mad Men cocktail guide – brilliant.
– If you like Scandal, you should check out Jimmy Kimmel’s Behind the Scandalabra.
– Here’s the round-up post for the God is in the Movies Blogathon.
– Katy wrote an awesome weekly recap.
– Alex made a list of the Top 10 Movies Directed by Cinematographers.
– Elina review Divergent.

God is in the Movies Blogathon