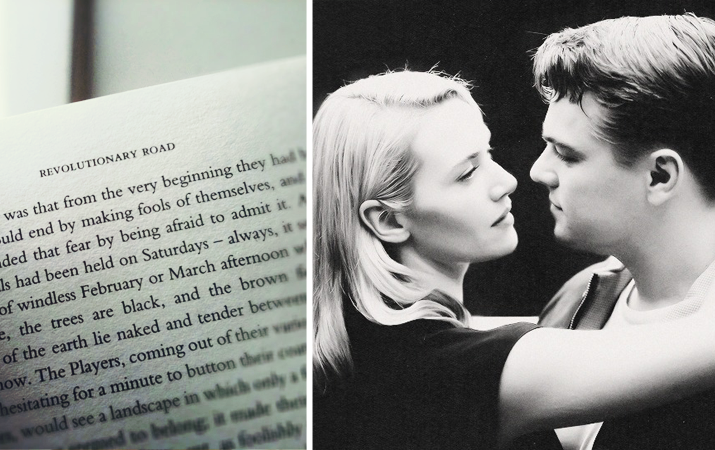 It strikes me that there’s a considerable amount of bullshit going on here.

in REVOLUTIONARY ROAD, by RICHARD YATES

That shockingly blunt line was proffered by Frank Wheeler (Leonardo DiCaprio) in response to his wife’s exacerbated bad mood after a disastrous amateur theatre performance. But the same thing could be said about nearly everything that comes out of the characters of Revolutionary Road.

Richard Yates‘s novel is a story of perception, self-awareness, and illusion. Its characters struggle to maintain outer composure while they fall apart inside over and over again, each time worse than the one before. They spend so much time pretending to be someone else that they don’t know what they want or what they believe in anymore. But they keep on deluding themselves because what are you gonna do? Face your own mediocrity?

For me this didn’t read so much as an exposition of the suburban life lie, but rather as a deconstruction of those people who willingly, though sometimes unconsciously, live a lie, purposefully adjusting themselves at all times to better fit a certain environment or ideal. I suppose to some extent we all do it: we’re all somewhat self-conscious about what we wear and how we talk to certain people.

But our self-awareness is nothing compared to Frank‘s: he imagines every situation, often rehearses his conversations, and constantly adjusts his posture, facial expressions, and voice tone. Every now and then Frank realises the shallowness of it all, for as it reads, no one forgets the truth; they just get better at lying. The following passage perfectly embodies this self-obsession:

He found it so easy and so pleasant to cry that he didn’t try to stop for a while, until he realised he was forcing his sobs a little, exaggerating their depth with unnecessary shudders. Then, ashamed of himself, he bent over and carefully set his drink on the grass, go out his handkerchief and blew his nose. The whole point of crying was to quit before you cornied it up. […] Because the thing was so easily corrupted, let yourself go and you started embellishing your own sobs. 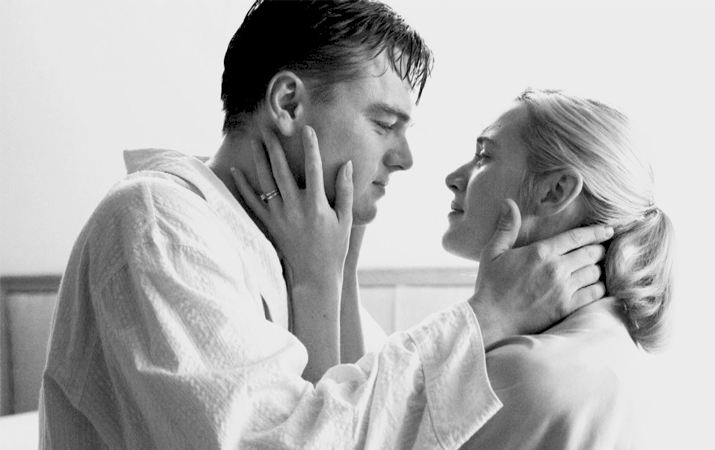 April is a little different. She’s still waiting for a life of excitement, dreaming of european capitals and fabulous people that will pull her out of her housewife misery. She longs to be one of them, and believes Frank can be, too. They come up with a plan to live in Paris that sounds depressing and hilariously unrealistic to everyone but them. What follows is for you to find out, but you’re probably already guessing how that plan is going to go down.

They both despise (or say they do) the fake and boringness of the american dream, the suburban life, the company job, the white picket fenced house filled with beautiful children. They soon begin to feel trapped, but because appearances are to be maintained, they lash out at each other. And boy, do they know how to hurt one another.

Their arguments are as mean as they can be, both painfully honest and brutally fabricated, but more than the desire to inflict pain, what drives them is pure self-loathing. The insults are at times so blunt and feel so real that it is shocking – but refreshingly shocking, deliciously shocking, even.

This may sound bad, but their fights are so goddamn good. Yates wrote them all (and the novel itself) with such simplicity and crudeness that I couldn’t help but wish for more and more. Of course in the end it breaks your heart, and although you may despise the Wheelers at first, you’ll come to understand them and even identify with them at some level. All of this made Revolutionary Road a both captivating and enlightening read for me.

Now in comparison, the movie pales a little. DiCaprio and Winslet were perfectly cast –  we feel like we know them already, we can easily imagine them together romantically (one could hope), and they have the goods to bring all those powerful and destructive emotions to life onscreen. Their arguments are well-written and shot, too (a lot of the lines are direct quotes), and the rest of the supporting characters embody their novel counterparts fairly well.

Overall it is beautifully shot, and the themes of fake friendships and suburban living come through nicely. But yet something is not quite right, something is missing from the movie. I can’t exactly put my finger on it (maybe a bit more humour, depth of theory or feelings of self-consciousness?), but it doesn’t impress as much as the novel does.

Still, it’s a good movie of character study, and it’s worth watching even if only for DiCaprio and Winslet’s performances, which are fantastic. The book, however, is the real star.