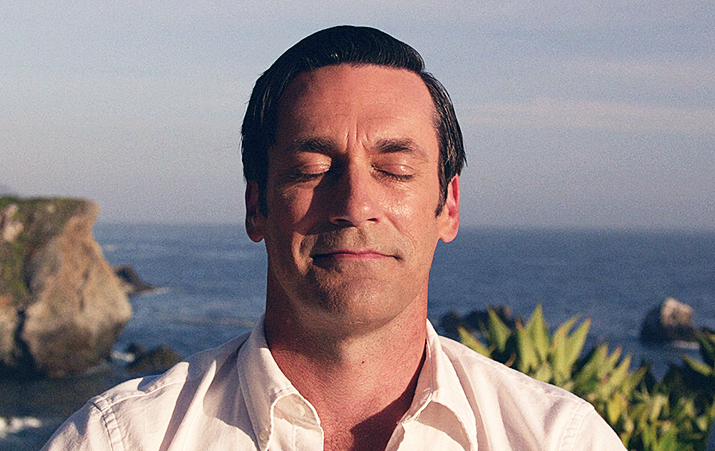 Before we get into all the interpretations and feelings that the finale provoked, there is one thing that happened and that needs to be noted, even after all this time: DON WORE JEANS. Jeans. And a denim jacket! That’s how I knew this was the end.

Now that we’re all aware of that fine piece of character development, let’s get right to it! And we’ll start with sweet, sweet Ken Cosgrove, who looked deliciously happy while asking for Joan’s help with his job. They seemed like old friends at that restaurant table, which filled me with joy. This is really one the things I loved most about the final episode: how we’re reassured that even though they don’t all work in the same place anymore, some characters will maintain their out of office relationships. 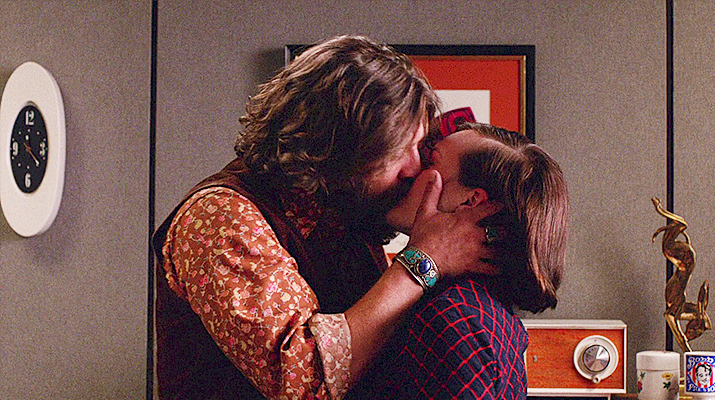 Just look at Joan and Roger! My ship sank but, and I never thought I’d say this, Marie is a good fit for Roger: for one, she gives him a slap in the face when needed, and two, he takes it well enough. Together they provided some great humorous moments in the finale, uplifting our spirits as the end got near. And boy, did we need that.

Peggy and Stan also got a love-fueled finale, which in retrospect made total sense (who comes back after being beaten so many times? A fool in love, that’s who), but me being as clueless as Olson in these affairs, had essentially the same reaction looking at the screen: What?! But hey, confessing your love over an in office call and walking down the corridor to kiss your beloved in her office… workaholic heaven.

We had our kickass Peggy finale when she waltzed into McCann with a cigarette and a hangover, but this was necessary. We’ve seen Peggy struggle with personal relationships for years now, it was time. 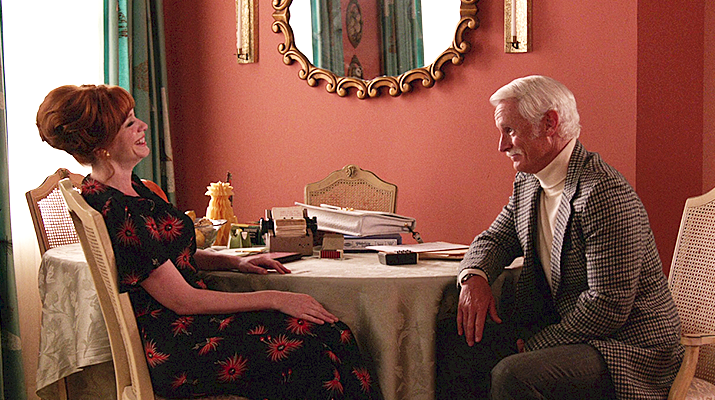 On the other end of the spectrum was Joan. I don’t believe it was a choice between a man and a job – she did not give up love, she realized that what she had with Richard was not it. Her professional life is an important part of her, and a man who can’t respect that is simply not above it.

Now, a man who actually came a long way since he first told Peggy to pull her waist in so she just might look like a woman (I’m working my way up, ugh), was Pete Campbell. Oh how I despised the little weasel. Weak, arrogant, opportunist. Yet I couldn’t help but feel for him over the years. And when The Strategy aired, the golden trio having dinner at Burger Chef like a family, that’s when everything was forgiven. Pete is just a guy, human. They all are. Expect Harry. 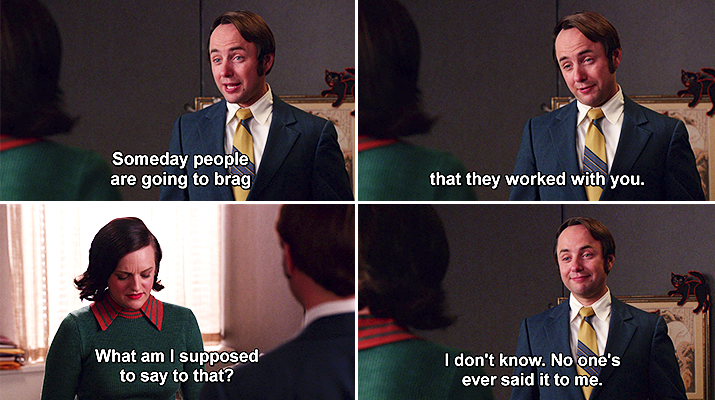 And so he went to Wichita with Trudy, looking for a new beginning. But not before saying goodbye to Peggy, and again, one of my favorite moments of that night. From that first snarky comment to a true compliment, Pete and Peggy‘s relationship was undoubtedly one of the most surprising of all. That moment right there broke my heart. Also kudos for bringing back one of Pete’s best sayings.

Now the three person to person phone calls. I confess that at first I was a little disappointed that the last time we saw these characters interact was over the phone, but after that final shot it was clear that there was no other way. That said, what we got was deeply satisfying. Sally proved she’s become a grown-up in an oddly sober conversation with her father, and in helping her brother Bobby – who by the way talked more in those five minutes than during the show’s entire run. 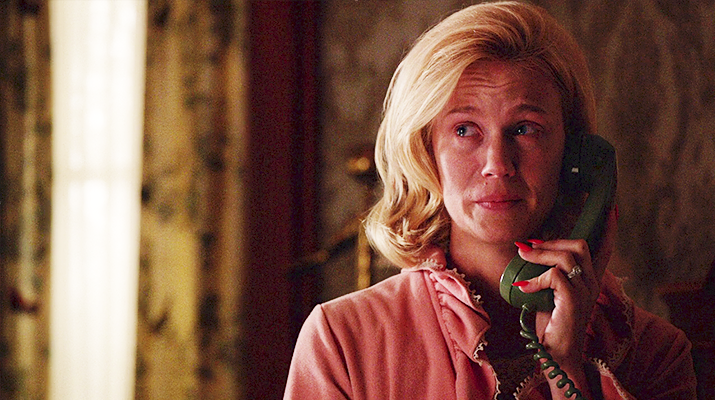 Then it was Betty‘s turn, and I swear I died a little when Don called her Birdie. I wish they could’ve been happier. Another brutal conversation, with some hard truths. Ultimately I felt like they cared for each other, and hope that Don goes back and does everything he can for her.

See that’s another thing about this finale, it doesn’t feel like the end. It feels like every character is getting a new chance at life, even if a brief one. And I find myself thinking about what will become of them, which never happens to me. 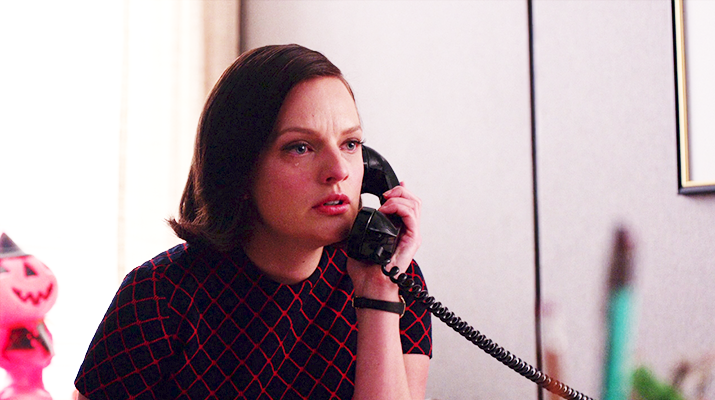 At last, Don and Peggy. I remember watching them dancing in The Strategy and thinking, that’s it, you can end the show right here. That’s how I wanted to remember them. Then, another half season behind us, all I could wish for was another special moment, especially after the way they left things. And so he calls her, tells her everything, and Peggy begs him to come home.

She wants the man who keeps running forward to go back; the same man who told her to forget about her baby, the one that said she would be shocked at how easy it was to forget it ever happened, since he knows from experience. Of course that was terrible advice: Peggy only moved on when she faced what happened, and Don needed to do the same. He had a couple of breakthroughs throughout these past episodes, but it is a stranger sobbing about no one seeing him that really gets to Don, in an absolutely brilliant and heart-breaking scene. 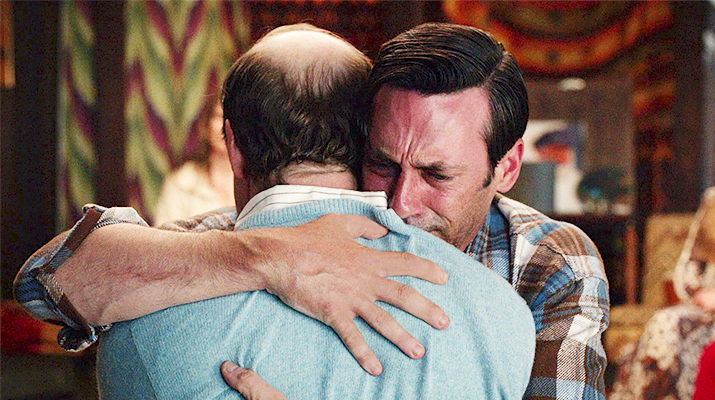 Because really, no one knows him – he could be Batman for all we know. How could anyone know him when Don has been trying to figure that out himself since the very beginning? One of my favorite quotes from the show has always been something Don said in the very first episode: I am over, and they’re finally gonna know it. Explicitly, he was referring to his lack of ideas for the Lucky Strike pitch, but the revealing of whom he is – his past, his sins, his fears, his true feelings – even to himself, has loomed over Don’s entire existence.

To me the whole narrative of Don and Dick has ultimately been about one thing: Can you lead a real life under a false name? I can only imagine the toll such a secret must take on a person’s sense of self, constantly questioning his place in the world. His words to Peggy also show regret, for every bad thing he’s done – and Don has done plenty. But with one I can’t agree: he did do something with Don Draper’s identity. And Peggy is the prime example of that.

In the end it looks like he realized that he’s not Don or Dick – he’s both, because they’re the same. He’s the man in jeans that loves cars and the ad man that rocks the hell out of a suit. Because it really is true that a man is whatever room he is in. He’s name may not be his own, but everything he lived and loved was his alone, for better or worse. So the answer is yes, you can.