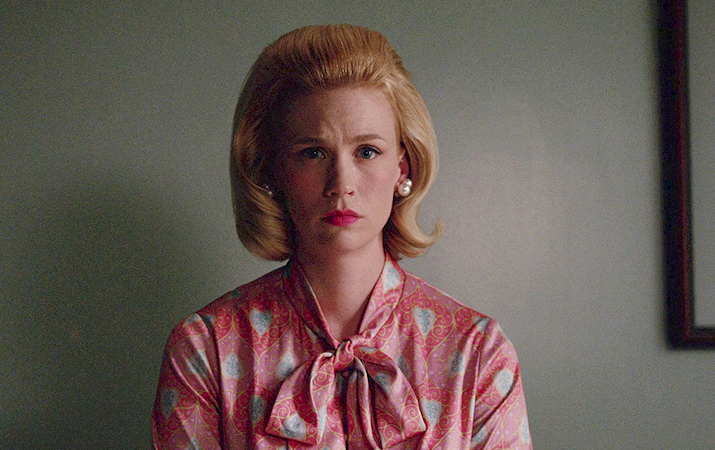 With just one episode left, Don gets further and further away from Manhattan. Advertising is just something he used to work in, and any contact with Coca-Cola is now reduced to fixing their vending machines. In The Milk and Honey Route we take a scary break from the offices to witness the great Don Draper disappearing act and look at what will become of Betty and Pete. 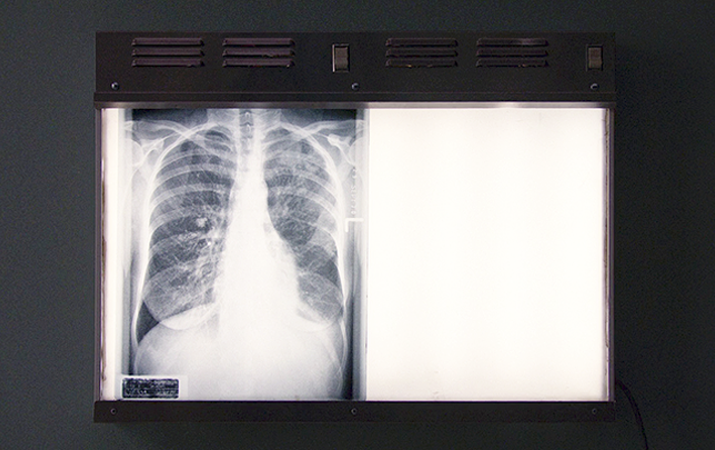 After Don encouraging Betty’s studies with a nostalgic Knock ’em dead, Birdie, seeing her walking up the stairs to class, books in hand and all, had me genuinely smiling. But of course Betty falls, breaks a rib and finds out she has terminal lung cancer. Because she’s always been so lucky.

It’s a huge shock, and by the time Sally truly realizes that her mother is going to die, emotions were running wild. But Betty was right about her daughter, whom she admired and knew better than we ever thought (the mending of that broken relationship, so many tears), and Sally steps up right away, symbolically taking her mother’s place at the table and tending to her two younger brothers.

Betty has never felt as real and selfless as in that post-mortem letter; god, it was beautiful what she said to Sally. That she was a character equally hated and loved, now redeemed, only makes her fate more cruel – and we love the tragedy of it.

Meanwhile Pete is facing a seemingly much brighter future. Duck Phillips returns to trick Pete into taking a life-changing job interview. Leaving McCann and Manhattan doesn’t seem to bother him as long as Trudy and their daughter go with him. I think it’s sweet seeing them together again, though that probably just means I look at the past in the same way as Pete, with misguided fondness. Whatever the case, I sure hope it all works out – despite that prolonged stare at Trudy’s friend hinting otherwise, tsk tsk. 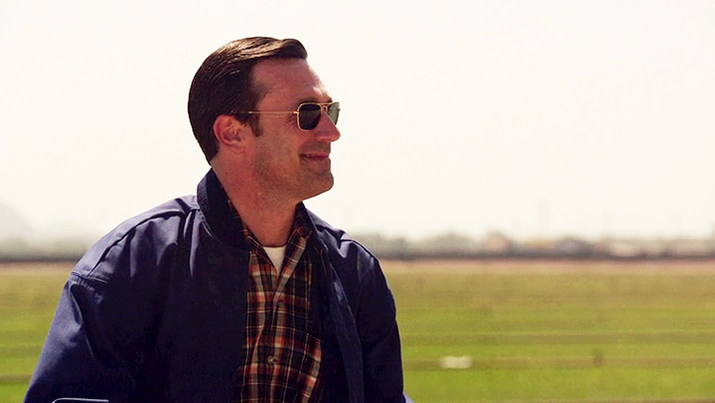 And Don. Staying in a cheap motel in some place where booze is hard to come by. Fixing typing machines. Not wearing a suit. Correcting a young hustler’s grammar. Reading The Godfather. Sharing war stories with fellow veterans – btw, opening with I killed my CO is NOT the way to start that story, Don. And then he takes off, again.

He’s leaving everything behind, becoming lighter with every bit of Don Draper he gets off his back. In the final shot, with nothing left but a bag of essentials and some money, Don looks genuinely happy. And if going back to being plain Dick Whitman is his fate, I think we can be happy, too.

– Staying true to herself, Betty leaves instructions for the perfect dress and hairstyle in which she wants to be buried. She’ll be beautiful and young until the very end. And to think she’s always dreaded becoming old. Isn’t that ironic.

– The doctor tells Betty to call her husband so he could give him her diagnosis. This is where we rethink the 60s nostalgia.

– No Joan, no Roger, no Peggy, no Meredith. Weird.

– Really liked the intimacy between Sally and Don, she’s the only think he doesn’t let go of. I’d love to see him react to Betty’s illness.