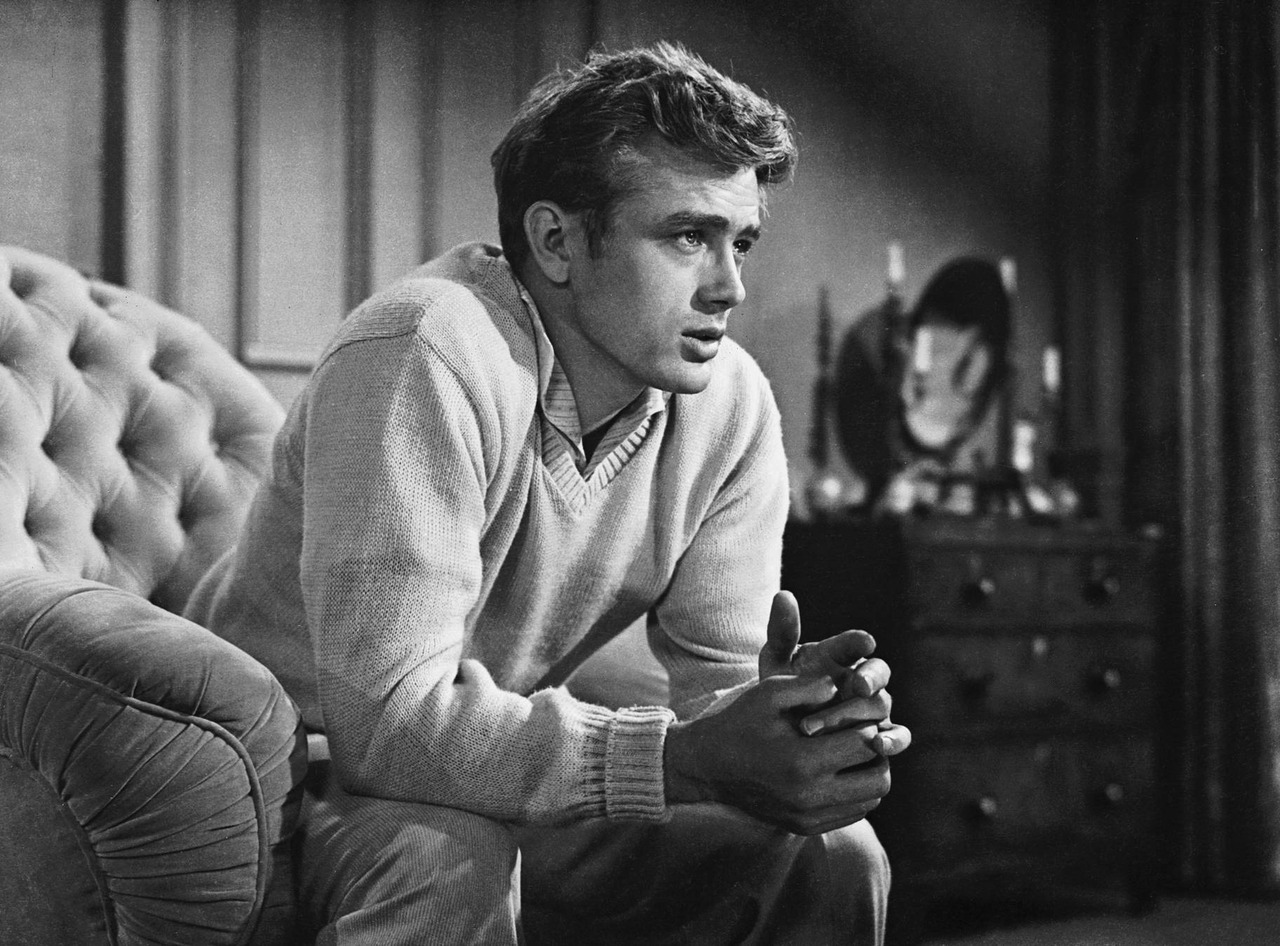 I believe this man needs no introduction. I can’t keep track of how many articles I’ve read about him, how many documentaries I’ve watched, how many references in films and ads I’ve noticed. Anyone who gets into Old Hollywood has heard about him, and for those who haven’t, his face and quotations are everywhere. We know too well the story of his career and sudden death. Live fast, die young and have a beautiful looking corpse went from daring to painfully accurate.

Behind he left three major films (East of Eden, Giant, and Rebel Without a Cause), some TV appearances and not that many photos. Memories of the ones who knew him faded with time, and now all we have is a vague, yet powerful, image of him. Who he was and how he was really like will never be fully understood, but it seems evident that no matter how wrong our perception of him may be, he will never be forgotten. He did in fact, reach the only success, the only greatness. Immortality.