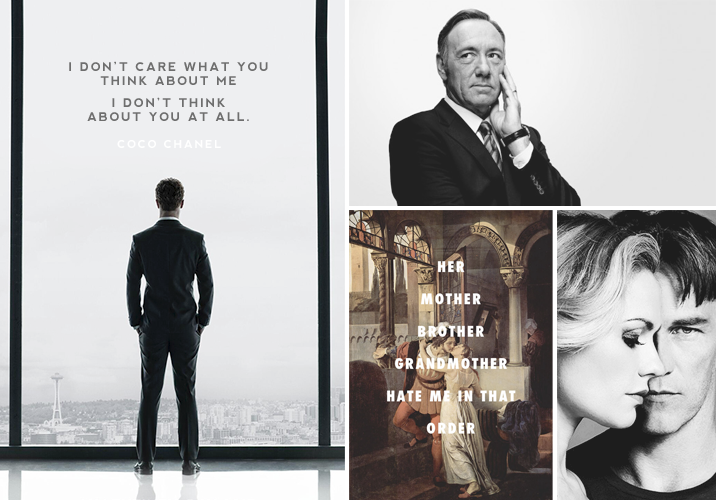 As I’ve mentioned before, I loved loved loved Spacey’s work as Bobby Darin in the biopic Beyond the Sea. His performance included singing some of the late artist’s most beloved tunes, and this week I had a much too late realisation about one of them, Artificial Flowers. It’s not my favourite from Spacey’s renditions (that would have to be the emotionally charged and beautiful The Curtain Falls), but it’s one of Darin’s most intriguing songs. I used to listen to it frequently and sway in response to its upbeat rhythm, revelling as always in Darin’s unrivalled vigor, until just this week I heard this line: and instead of a halo she’ll wear around her head a garland of genuine flowers.

Before tumblr girls were born, flowers crowns were for the dead – is Annie dead?! Yes. The song is about a nine year old orphan who sold artificial flowers, until one day she froze to death; her little hands still clutching her poor frozen shears; and damn it if Bobby didn’t swing the hell out of it.

…Southern Vampire Mysteries.
This was meant to be the subject of a post for last Thursday (Anna Paquin’s birthday) but I had three exams on three consecutive days – which was a new and joyful experience for me – so it was simply impossible to manage. Anyway it’s as simple as this: as the end of True Blood approaches, I’ll finish reading the novels because I have this insane hope that they will both be great and justify at some level the mayhem of the last few seasons. So before the finale I’ll be in perfect shape for one last look at a series that I can’t stop loving no matter what it throws my way.

…lip biting, what.
All of this because the trailer for Fifty Shades of Grey has at last been released. Over 100 million people have read the novel, and if you follow me on Goodreads you know I’m one of them. I read all three books, and if there was a fourth novel I’d read that one, too. I don’t know what’s more surprising: that people bother to discuss its quality, or how often moral slips into such discussions – it all seems terribly pointless to me, doesn’t it to you? If people like it, let them be. I’ve always thought Fifty Shades was the Gangnam Style of books (remember that phenomenon…?), and the only reason why the hype hasn’t subsided is the movie – which I’ll see when it comes out on dvd, no doubt.

So, the trailer. It’s all good and exciting, until we see the room and get a visual on the games Grey likes to play. I always feared they may be a little too much for the big screen: reading about it it’s one thing, seeing it is quite another. I’ve mentioned this dichotomy in regards to the violence in American Psycho, but it can easily apply to anything that works better imagined than seen – especially if you want to get a good reaction out of it. There’s nothing wrong with explicit sex onscreen; directors just need to be careful about how they do it, otherwise it can actually put us off and add nothing to the story or our enjoyment of it.
[  I’ve been told Secretary is a good example, have you seen it?  ]

Of course in Fifty Shades the subject is skewed from the start because of how essential to the narrative sex is, but the same rules apply: you need to make it work as a part of the film, and be extremely cautious with the tone you use, especially when we’re dealing with BDSM. The trailer didn’t soothe any worries, but I don’t want to be unfair as it is way too early to be having this conversation. So I’m really not judging anything for now, just something that was on my mind while watching Anastasia all tied-up and gasping. That and why did Dornan have to loose that fabulous beard.

By the way, I always look like a crazy woman laughing hysterically while watching the Graham Norton Show, but this almost made me pass out. Watch it.

The best from the web

– Chris Pratt french braids a girl’s hair while doing an interview, when I can’t do either of those things.
– I’m a spoiler freak and this didn’t bother me, so I think you’re safe reading the new intel on Hannibal’s third season. Also, here’s the complete season 2 blooper reel (the quality is not as good, though).
– Vanessa writes about what inspires her to blog and 10 things that go through her mind when she looks at Paul Newman. I share the feeling.
– Brittani reviews Child’s Pose and does her entry for the Women in Film blogathon.

aND THAT’S ALL I COULD READ THIS WEEK!
WE’RE RECORDING AN EPISODE ON UNDER THE SKIN TOMORROW,
BE SURE TO TUNE IN THIS FRIDAY and share your thoughts below!