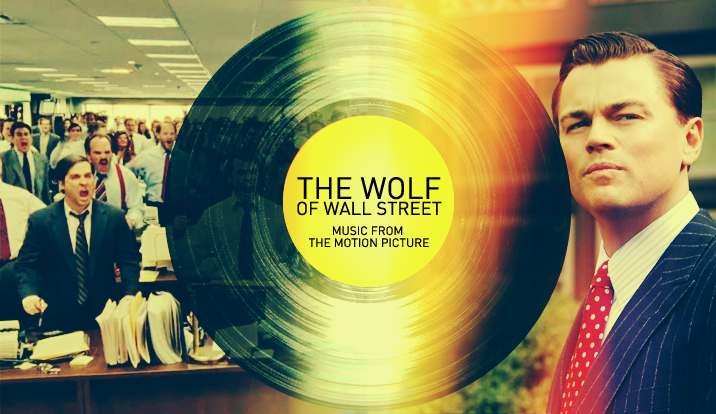 Scorsese’s films always feature some very tasteful and appropriate songs in their soundtracks; sometimes they’re even iconic and tend to stay with you for years – who could forget Rags to Riches from Goodfellas, or even I’m Shipping up to Boston from the more recent The Departed? In his latest film, the smashing The Wolf of Wall Street, there’s over 50 official songs listed in its soundtrack, and I think, I remember hearing about… one song, during the film (the Hey Leroy bit, obviously).
But that only made it the more surprising when I found the fantastic and eclectic soundtrack this movie actually has. It ranges from blues and jazz to hip hop and some weird stuff I guess one would call electro pop rock…? I have no idea, what I know is that even those sound good and funny because they perfectly match all the craziness going on in the film. Some proved to be excellent on their own, while others have led me to discover musicians that I now can go without. My new-to-me favourites come after the break!

I had heard of this saxophonist, but never really gave it a good listen. Mercy is his greatest hit, and with good reason. It will surely win you over with just one listen, and pretty soon you’ll be on your feet, swaying to its addictive rhythm. It’s unforgettable and oh so cool, my absolute favourite from the soundtrack.
Dust My Blues, by Elmore James
A derivative of Dust My Broom (where he’s dusting his broom, not his blues, ha), this blues song was a also big hit and very rightfully so, too.
Bang! Bang!, by Joe Cuba
I know you’re probably already singing the bang bang hit from The Great Gatsby, but hold on for a minute and listen to this, because it’s a bucket full of fun. I can totally see Jordan dancing on some tropical island. Same as Hey Leroy.
Movin’ Out, by Billy Joel
Everyone knew this already except me, but to my defense, I’ve never been a Billy Joel fan. And I still am not, but I’ve got to admit… this is pretty good. If that’s moving up, than I’m moving out — catchy.
The Surrey with the Fringe on Top, There is no Greater Love and Moonlight in Vermont
by Ahmad Jamal
Holy mother of jazz, how did I not hear this man play before. Jamal is my new found love, you simply must hear his music. These three songs are absolute heaven, Surrey is more upbeat and fast, while Greater Love and Moonlight are slower and velvety. Brilliant.
Meth Lab Zoso Sticker, by 7Horse
I had never ever heard of this duo, which was not surprising after I’ve learned they were formed in 2011 and this is their first big hit, but I’m sure happy that Scorsese got them featured in Wolf. This blues-rock tune feels so modern, but at the same time it’s already a classic to me. Like the song you’ve never heard, but once you do, it’s like you can’t remember a time when you didn’t know it.
Wednesday Night Prayer Meeting, by Charles Mingus
Lastly, another one for you jazz fans!
Special shout-out to Insane in the Brain by Cypress Hill, and Baby Got Back by Sir Mix-A-Lot which were basically my teen years. I can’t wait to spot all of these once the dvd comes out. Here’s the complete playlist – sure hope you have Spotify! And if you don’t, you really should.
Do you remember any of these songs playing during the film?