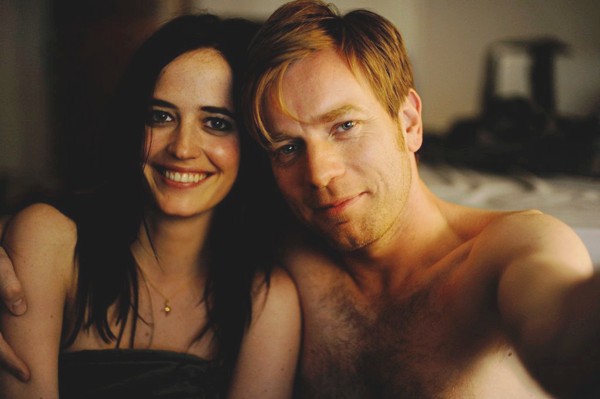 Starring Ewan McGregor and Eva Green
I thought this was a romantic comedy (I guess that’s what happens when you develop an extreme aversion to spoilers). Nonetheless, any notion of that disappeared the minute Perfect Sense began, the very first scene set the tone quite effectively. I never knew a film’s opening could be so enlightening.
Susan (Eva Green) is a scientist, and part of one of the teams in charge of studying a recent epidemic that gradually robs people of their senses. She will meet a chef named Michael (Ewan McGregor), and the two will fall in love just when the world is on the verge of absolute chaos.
But the most interesting fact is, chaos never arrives. As Susan often says, we adapt: when Michael’s costumers can no longer smell, which affects our taste considerably, he makes spicier food; when spices don’t cut it, he bets on food texture, and so on. You’d think the world would stop, but no — people continued going to work. We simply carry on.
Sometimes Perfect Sense is a rather odd movie, a bit offbeat. It may be due to the bits of footage and pictures, which felt distracting and pointless most of the time. Still, it’s an interesting topic, and there really aren’t any faults to point at the leading actors, who constitute the focal point of Perfect Sense and the other lesson of this film: even in the face of colossal loss, there’s still room for growth.