Let’s not talk about the winners and losers, nor the MacFarlane jokes and musical numbers. Instead, let’s talk about the one thing you can always count on being entertaining: the red carpet. I was going to do the usual best/worst dressed, but in all honesty, there weren’t any dresses that I hated with enough fierceness for that. Sure, Reese Witherspoon’s expensive version of Helen Hunt’s H&M wasn’t fitting very well, and maybe I wasn’t in complete awe with Anne Hathaway’s Dior (I know those aren’t nipples, but come on) — but it’s not that big a deal, really. I’d  much rather display the amazing dresses other men and women wore at the 2013 Oscars. So here we go: 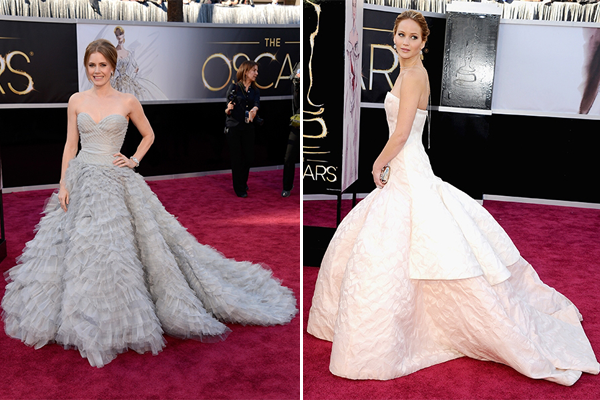 The best of the best, Amy Adams in Oscar de la Renta (not many people can look this good in that color), and Jennifer Lawrence in Dior (just, wow. and the necklace…). 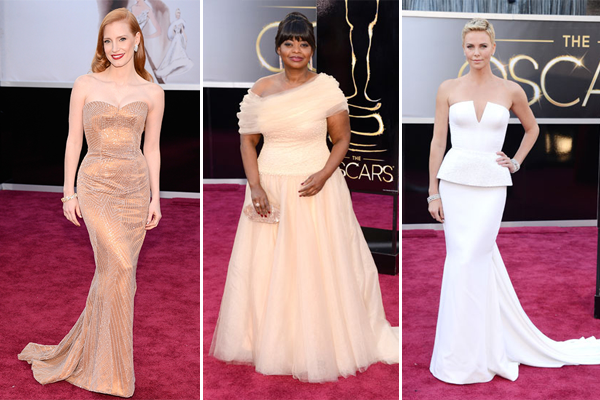 Also in great shape: Jessica Chastain wearing Armani Prive (again, not an easy color for her, but damn it works. and that hourglass shape, perfect), Octavia Spencer in Tadashi Shoii (not exactly a favorite, but I get it), and Charlize Theron rocking Dior like nobody else does (plus that short hair that only she could make this sexy). 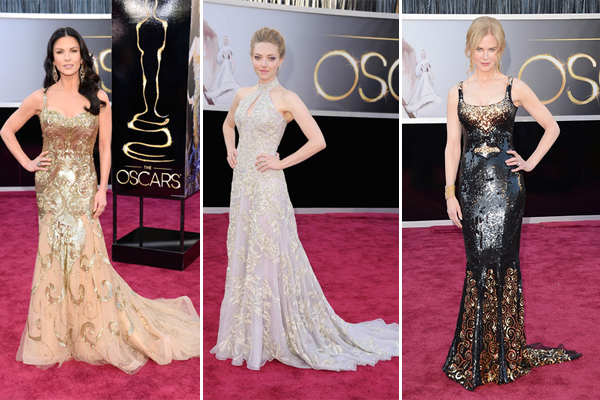 Here are the ones I loved/hated, depending on the section of the dresses we’re talking about. Love: Catherine Zeta-Jones’s top (Zuhair Murad); Amanda Seyfried’s bottom (Alexandre McQueen); and Nicole Kidman’s top (L’Wren Scott). What didn’t work: Nicole and Catherine’s lower patterns, and Amanda’s clivage, which was rather ill-fitting.
The ones you’ll either love or hate: Zoe Saldana in Alexis Mabille Couture (I love it one minute and hate it the next); Halle Berry in Versace (still not sure, but the woman can rock anything); and Naomi Watts in Armani Prive (LOVE). 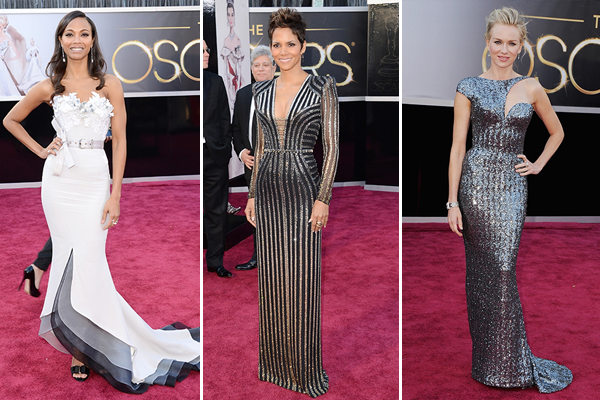 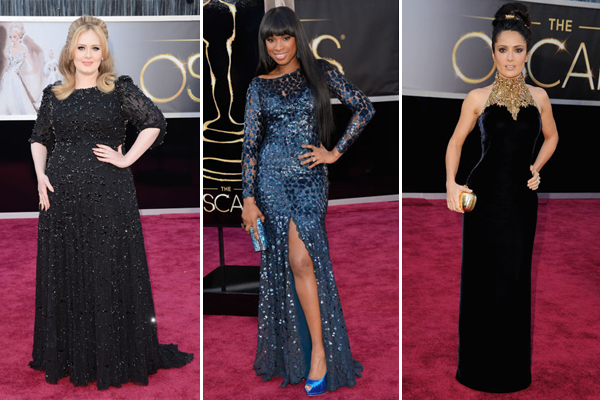 The ones who went dark: Adele in Jenny Packham; Jennifer Hudson in Roberto Cavalli (though I say no no to the shoes, it’s probably the most flattering dress of the night, her body looks a-ma-zing); and Salma Hayek in Alexander McQueen looking like an Egyptian goddess, in the best possible way. 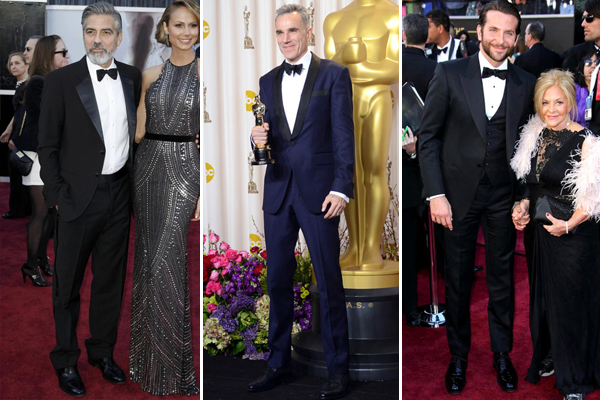 And finally, the gentleman — who, by the way, were hard to find! where were all the men during this year’s oscars??? — George Clooney, a classic (yes, himself), wearing Armani; Daniel Day Lewis (I know! I’m shocked to see him here too, looking so damn normal) rocking Domenico Vacca; and Bradley Cooper, looking sharp in ever sleek Tom Ford.