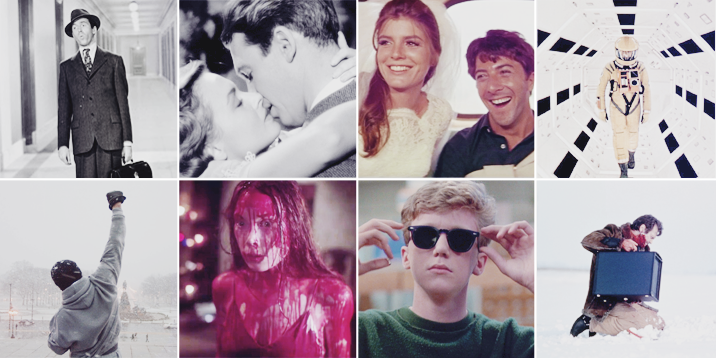 Having seen over half the movies I set out to watch and having written about only a few of them, it has become clear to me that there won’t be 100 List of Shame posts because there simply isn’t all that much to say about all of them. Some have been briefly reviewed in Saturday Links and Suddenly, Last Month posts, but other’s remain lonely Letterboxd diary entries.

So apart from some movies that I know I’ll want to write about at length, most films will be “reviewed” at updates such as this one – because this thing can’t happen just outside the blog! I’ve managed to sort most of them in little categories, but there’s always that odd bunch that refuses to fit anywhere. Let’s start with those.

About a year ago I was all over James Stewart’s filmography – it was the peak of my classic movies phase, one that sadly seems to have subsided every since oscar season. But winter is always better for those black and white gems anyway, don’t you think? I can’t say I loved loved loved Mr. Smith Goes to Washington, but its greatness is easy to recognise, as is the quality of Stewart’s powerful performance.

#20 it’s a wonderful life, 1946 | 4.5/5
The sky was cloudy, the afternoon cold, and that is the perfect setting to get comfy and watch It’s a Wonderful Life. If you can get the people you love to sit with you through it, even better. I distinctly remember being moved by George’s struggles, and smiling at his pure adoration for Mary. I don’t remember much more, but for me this is enough to know I can’t safely recommend it to anyone around Christmas time.

#63 the graduate, 1967 | 4.0/5
In my journey through The List of Shame I found that some movies don’t quite strike me as hard as I was expecting them to at first watch. The Graduate was one of those movies. I found it immensely cool, I enjoyed seeing Dustin Hoffman in such a role, and I could see the allure of the Mrs. Robinson affair – but I was a bit out of it, to be honest. Perhaps one day I’ll give it another go.

#72 rocky, 1976 | 5.0/5
After our Cool Guys Don’t Look at Explosions podcast episode I learned two things: that Arnold Schwarzenegger can be rather appealing with his mouth shut, and positively hilarious when he opens it (I mean that in the best way possible); and that with Stallone it’s the other way around. So the stage was set for a watch that has been a long time coming, Rocky.

I didn’t think I’d like it – best case scenario, I figured I’d be able to see how good it was within its genre. But guess what, I LOVED it. I was completely into it all, rooting for Rocky, getting all fired up, finding his love for the girl adorable (no doubt that was there for the ladies), and close to raising my fist with him. AND, it was funny. I was shamefully unaware of Stallone’s greatness, but then, that’s why this is called The List of Shame.

CONFESSION:
I did fall asleep during that final match,
I’m guessing he won. I was really tired.

#98 fargo, 1996 | 4.0/5
And yet another one that wasn’t mind blowing, but still honestly enjoyable. Great work from everyone in it, lots of laughs… and it is a great movie, yah?

Have you seen any of these movies? If not, shame on you!