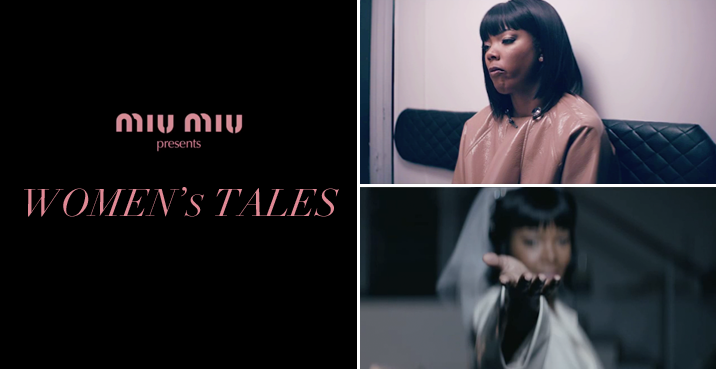 Don’t you just love when fashion and film work together? If so, you’ll want to see the seven short films that Miu Miu has created in collaboration with seven female directors, right now. But before you immerse yourself in a perfect blend of film and fashion, here’s a little heads up.

The project is called Women’s Tales, and naturally, all the shorts feature Miu Miu’s products. But while some are straightforwardly about fashion’s influence in our lives, others go a little deeper and can even trigger in you something more than I need that dress and those glasses now, like actual humans feelings of compassion and sadness.
The first short is The Powder Room, directed by Zoe Cassavettes. It’s mostly an exploration of fashion and glamour in a group of women, feeling almost like an ad, but nonetheless a loving letter to Miu Miu. The second short however, directed by the Argentinian Lucrecia Martel, is actually rather enthralling. It’s called Muta, and it follows a ship crew of fashionable women, whose faces we never see. There’s something different about them, something insect-like in nature, and Martel explores their weirdness with a surrealist touch that gets a bit sinister at times. 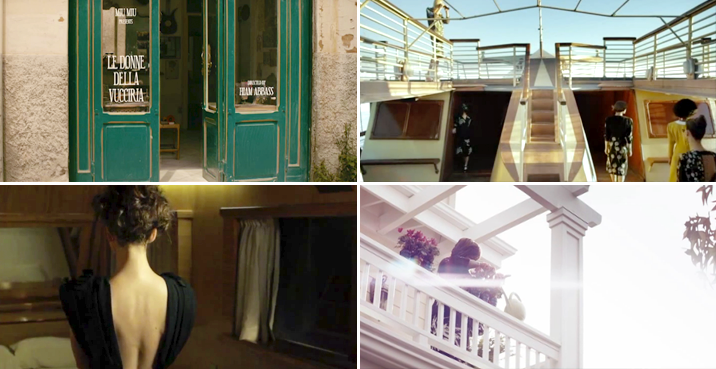 Short number three is directed by the italian Giada Colagrande, and it’s entitled The Woman Dress. Another obscure tale of fashion, though this time the aesthetics are not as in tune with my own. Gets particularly strange when the Au Revoir Simone soundtrack kicks in.
Then we have It’s Getting Late, the short that brought me to this project because it was directed by Massy Tadjedin (remember? I’ve been raving about her lately because of her film Last Night). It has an interesting premise – follows four different women in LA as they end their work day and get ready to go out – but that’s not all: amongst those four women are Aubrey Plaza, Rinko Kikuchi and Patricia Clarkson. Here’s what Massy had to say:

We make our faces, our suits, our selves just a little more ready for wherever it is we’re going. Fashion is never just the clothes. It’s our mood, our excitement for something, our expectations, our attitudes, our outlooks. Managing those is often what getting ready is all about, and that’s what our short tries to capture.

But the first to really catch my eye was The Door. Directed by Ava DuVernay (who also directed the unforgettable Scandal episode, Vermont is for Lovers, Too), it had me swooning with its modern set design, elegant clothing and jazzy soundtrack. It’s also the first short that has a clearly structured storyline, thus also a message – simple, but effective. And from this point on, it only gets better. 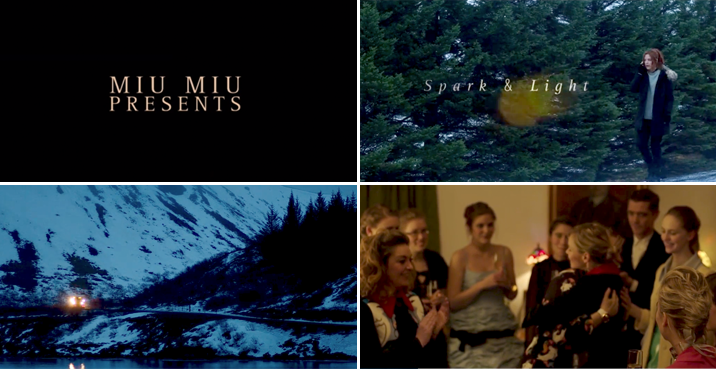 The sixth short is Le Donne della Vucciria, an italian tale of traditional, handmade clothes, directed by Hiam Abbass. It’s confident and rather interesting, gleaming with feminine joy during a dance scene, with the typical italian attire and music.
Finally, Spark and Light by So Yong Kim, director of the movie For Ellen. It’s the most cinematic short, telling the story of a young woman whose car got stuck in a snow ditch on her way to visit her sick, unconscious mother in the hospital.
Inside her car, waiting for the rescuers and surrounded by a freezing landscape, she soon drifts into a fantasy of nostalgia, where her mother is alive and well, in a surreal home embellished by the style of Miu Miu. In this the brand is not only in the clothes, but also in the wallpapers, pillows and other design elements of the home where this young woman finds temporary comfort. Wonderfully acted, with a beautiful cinematography and touching story, this is the one short out of this project every person should see, whether a fashion lover or not.