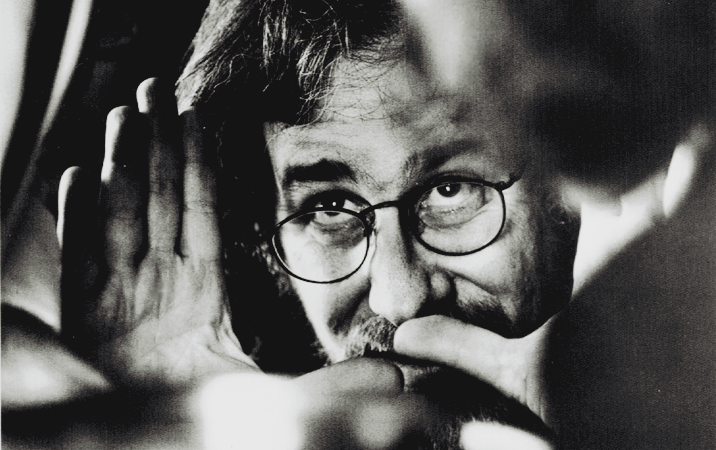 This month on French Toast Sunday it was Steven Spielberg‘s turn to have his work celebrated. I took this opportunity to catch on three essentials from the director that I was missing: E.T. the Extra-Terrestrial, Close Encounters of the Third Kind, and Raiders of the Lost Ark. You can see the full list here, from which I’m missing only two: War Horse and Empire of the Sun. It ended up being a top nine rather then a top ten because I couldn’t decide between Lincoln (liked it, but I find it a bit forgettable), Close Encounters of the Third Kind (as much as I love UFOs, I thought the last third of the film a bit of a bore, and dated), and Artificial Intelligence (which I think I like, but it’s been too long).

#09 catch me if you can, 2002
It’s not easy to pick the last place because honestly, these are all movies that I really like. But of all of them, Catch Me If You Can is the one that I can’t quite remember enough to be completely sure about its place. There are, nonetheless, scenes that one can never forget: Frank wetting the planes in the bathtub to take out the Pan Am stickers, pretending to be a lawyer in court, arriving at the airport with the girls, the phone call and the airport meeting with Carl, Amy Adams as the sweetest nurse… do you concur?

#08 SAVING PRIVATE RYAN, 1998
Impressive and brutal, it is a great war movie, but… to me it can’t beat the magic that will follow.

#07 war of the worlds, 2005
I can never quite believe the ratings, this is one of the most entertaining films, ever. Seriously, I’d watch it everyday. Aliens and Tom Cruise? Never fails. It’s scary (the car scene stills makes me anxious), gripping, funny, and with some beautiful and impressive imagery. I defended it at length in our podcast episode, The Earth Dies Screaming, but basically, I’m a UFO geek, a sucker for terrifying sound effects and majestic shots. Robbieee!

#06 minority report, 2002
Besides being crazy entertaining and thrilling, Minority Report has a brilliant concept that I still think about from time to time. And it is often referenced in Law School (because, you know, arresting someone for a crime he hasn’t committed is shady at best), so it’s legit. And Samantha Morton never ceases to amaze me.

#05 RAIDER’S OF THE LOST ARK, 1981
I saw this one just last night and it was so much fun. As someone who is addicted to the Tomb Raider games I don’t know how it took me so long to see this.

#04 e.t. the extra-terrestrial, 1982
I thought I would miss part of the magic for watching it at this age, but I was so wrong. E.T. is great for both kids and grown-ups, and has one of the most beautiful cinematography work I’ve ever seen.

#03 schindler’s list, 1993
This is quite the change of tone, but unlike Saving Private Ryan, Schindler’s List got to me. It’s disturbing how beautiful a movie about such a sickening topic can be. I wrote about Schindler’s List here.

#02 jaws, 1975
It’s incredible how Spielberg has a movie for every geek obsession that I have – dinosaurs was most likely caused by Jurassic Park, but UFOs and sharks were prior to these viewings; do they come together, or we soul mates?

So no, it doesn’t really matter if it’s not as scary today as it was in the 70s (though I did shudder a couple of times because that shark is HUGE), or if the shark is clearly not real, because for one, it’s still super entertaining (this is getting repetitive, but it really is the best adjective for Spielberg’s films!), and I actually prefer animatronics to full CGI.

It’s no secret that I love this movie to bits. Dinosaurs are my (and everyone who was born in the 80s/90s) thing – I even considered becoming a paleontologist once (who didn’t?). I wrote about the film a bit here (maybe you can translate it), but like with all movies that we love, it’s a little hard to talk about them. Yes it’s pretty damn perfect execution wise – if I look at it objectively, I don’t think I could ask anything more from it; but that doesn’t matter because this is never a rational experience.

Every time I see it I am filled with wonder and joy, and I’m every bit as scared as I was the first time around: I still hope they won’t get out of the car, that Lex won’t scream, that Ellie can run fast enough, that the velociraptors won’t eat the kids, and that someone please please please stop Dennis. Idiot.

what are some of your favourite Spielberg movies?