FWeekly: I Haven’t Had a Bite All Day + Suddenly, Last June

This post is part of Thursday Movie Picks, hosted by Wandering Through The Shelves

For delimiting the term classic I tried to pick books written before the 70s (kind of like classic movies), because who knows which recent books will be considered classics in the future. You could argue that American Psycho already is (I certainly would), but I’ll leave it out of this list, ignoring the hardcore Bateman fan in me. So with that in mind, here are some honorable mentions:
Pride & Prejudice, 2005 | directed by Joe Wright, novel by Jane Austen
East of Eden, 1955 | directed by Elia Kazan, novel by John Steinbeck
Revolutionary Road, 2008 | directed by Sam Mendes, novel by Richard Yates | read my thoughts on both 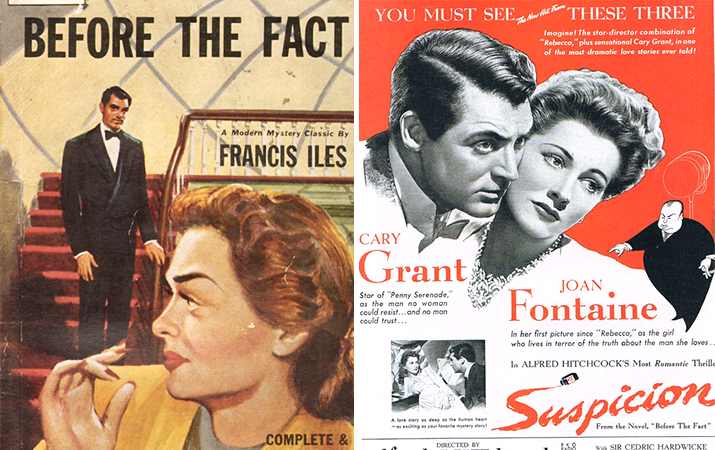 This was the hardest spot to fill, because in truth none of these adaptations are perfect (except maybe for Pride & Prejudice, but as I don’t recall the novel that well I refrained from picking it): Kazan’s East of Eden only covers half the novel, Yates’s Revolutionary Road lacks story weight and focus, and Hitchcock’s Suspicion was significantly limited by studio pressure, altering some of the novel’s best aspects.

Ultimately I have to go with this 1941 thriller, which despite altering the nature of its protagonist – or rather, leaving it hanging in doubt – manages to capture the novel’s tension and claustrophobia as our victim Lina becomes more and more suspicious that her husband Johnnie is trying to murder her. Francis Iles’s novel is far more twisted and daring, but Hitchcock’s piece will still give you shivers, and some of those wicked laughs we love.

Read this for further thoughts on the book and movie 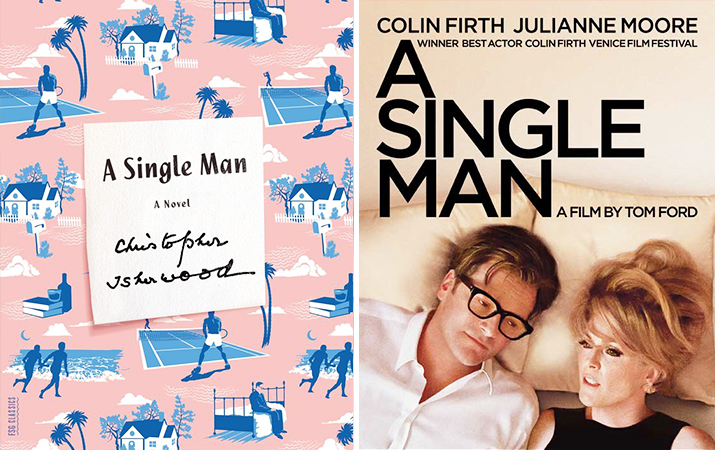 In A Single Man Tom Ford aestheticizes mourning, solitude and desire in ways that make our mouths and eyes water for hours. His refined taste is behind every shot, in a movie that is so meticulously constructed that it would be in danger of turning out hollow, if it weren’t for its incredibly moving story, brought to life by a hand-picked cast.

For that story we credit Christopher Isherwood, who in the novel by the same name explores the loneliness of being different, the desolation and numbness of grieving for someone you loved – and his writing is as beautiful as Ford’s visuals.

Read this for my thoughts on A Single Man‘s cinematography. 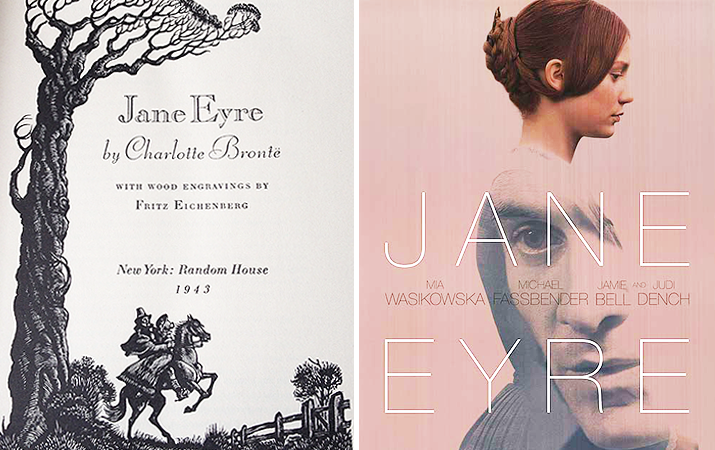 Now, the ultimate classic adaptation, so good that I honestly can’t choose between novel and film. That said, it’s not an easy movie to love. As A Single Man, Jane Eyre is a sensory piece. It moves through the novel’s material swiftly, which to an inattentive audience or even a non-book reader can undermine the dramatic weight and intricateness of its themes. A familiarity with Bronte’s work also benefits the film where it comes to some symbolic moments and shots that will pass unnoticed if you can’t spot their meaning.

All of this reveals that Fukunaga truly immersed himself in the book, taking from it everything he could get onscreen without it becoming too confusing for those who haven’t read Jane Eyre. Such care resulted in a film that for once captures the essence of a gothic novel that is as mysterious and eerie as it is emotional and romantic. The cast of Fassbender, Bell and Dench did the story justice, but it was Wasikowska who wowed me by finding that rare balance between fragility and strength that is so particular of Jane.

Read this for my review of the film, and this for my thoughts on its cinematography.
Forgot to mention rules stated that no plays or poems could be on the list!
Hence the lack of Tennessee Williams.

FWeekly: I Haven’t Had a Bite All Day + Suddenly, Last June