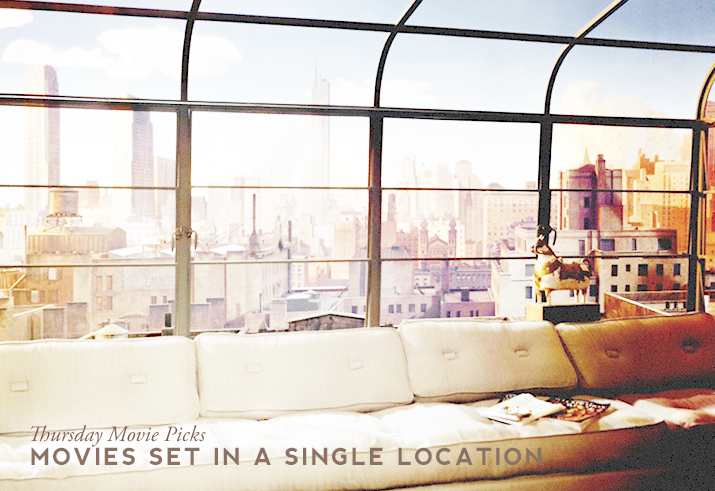 This week’s Thursday Movie Picks asks us to pick three movies entirely set in one location. Various directors have tried to do it, and some even more then once – like Alfred Hitchcock who to my knowledge did it thrice! Sometimes it’s just a technique, other times the spacial limitation serves a concept, but it is always a challenge that few excel at. Aside from the three movies I picked, others like Repulsion, Rear Window, Dog Day Afternoon, Locke and Moon are also great movies set in one place. 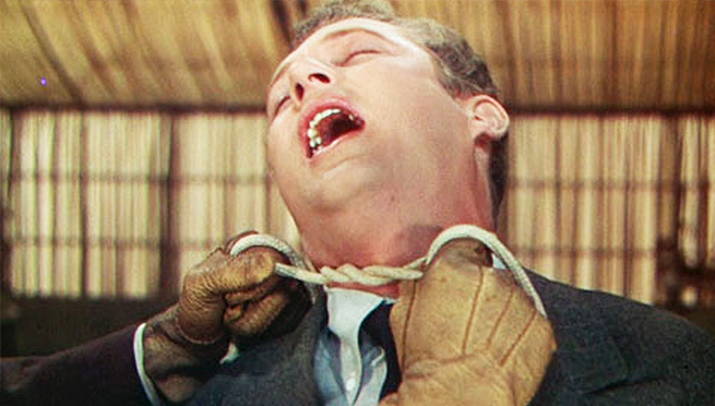 Two young men murder another, hide his body in a chest in the middle of their apartment’s living room, and casually proceed to host a dinner party. It’s as simple as plots go. All the tension that follows comes from the prospect of James Stewart’s character, one of the guests, finding out about the killing.

As a story, I much prefer Rear Window – the suspense is sky-high for me on that one – but Rope is a lesser known prodigy of editing, or rather, lack of it. It has solely ten cuts, five of which are sort of hidden as to not disrupt the narrative flow. At times the camera moves around as a wandering guest would, and other times it mimics the eyes of a character, seamlessly, from just one side of living room, as if we’re watching a play. It’s set in real time, too – all of which creates an immersive effect for the audience, which Hitchcock mastered and loved. Read this for more on Rope. 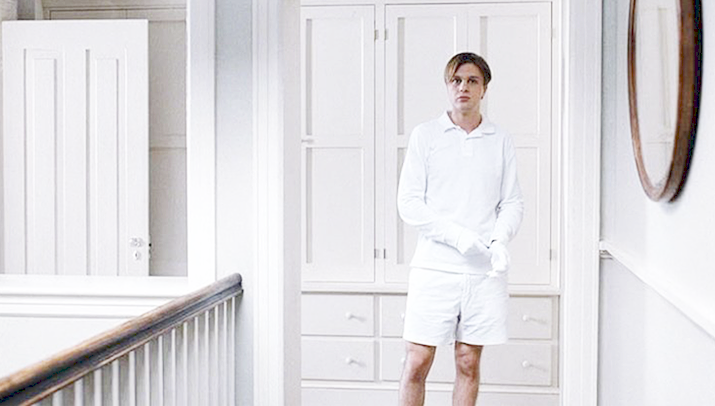 Where to start with Funny Games? I’ve written a rather long post about it already, yet it still feels like I’ve barely scratched the surface of a film that is, for so many, pointless. Something that always baffles me, because everything in this movie is there precisely to try and prove a point. Again, a simple premisse: a family (a couple and a boy) that just arrived to their summer house is visited by two young men who refuse to leave. They bet on whether the family will be alive at 9AM the following morning (against it, of course), and spend the night playing sick torture games with them.

There’s no background or character development, just three people suffering, and two psychos enjoying the infliction of pain. It could be the plot of a horror movie, but instead it is more of an experiment where the audience is the subject. In Funny Games, Haneke critiques violence in the media not through exposition, but by turning the camera on us. By blurring the line between watching and participating, the film forces viewers to question why we watch and enjoy the depiction of violence on screen. Read this for more on Funny Games. 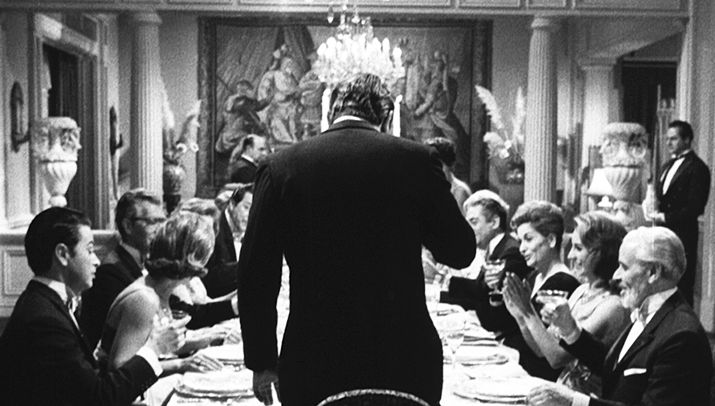 I have yet to write about The Exterminating Angel, but I have talked about it on the podcast. It is an absolutely brilliant movie by spanish director Luis Buñuel, a gem of macabre comedy with surrealist elements that is bound to perplex anyone who watches it. It has a confounding and intriguing premise: a group of guests at a dinner party find themselves unable to leave.

There’s no visible barrier or force that prevents them from exiting – they simply don’t, until they realise they actually can’t. Once they do, chaos ensues, as these fine people reveal their true human, animalistic nature.